Says ever since Trump took office, he has made headli­nes for his racist demean­or and imprud­ent remark­s
By News Desk
Published: July 23, 2019
Tweet Email 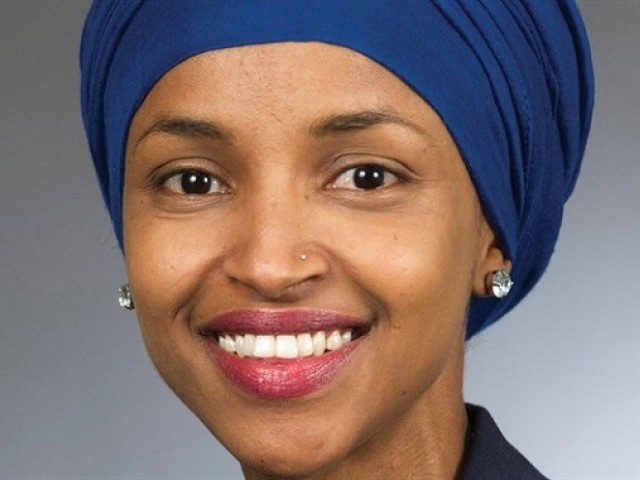 US Congresswoman Ilhan Omar has said that Muslims cannot be collectively blamed for the actions of a few terrorists.

In an interview to Al Jazeera, the House of Representatives member for Minnesota questioned the basis of President Donald Trump’s derogatory remarks against her

She spoke against the offensive comments made by Trump in which she was accused of moderating the 9/11 attacks and appreciating al Qaeda.

“Those are horrific attacks. There’s no question about it, that’s not a debatable thing. Innocent Americans lost their lives that day, we all mourn their deaths … And I think it’s quite disgusting that people even question that and want to debate that.”

“What is important is the larger point that I was speaking to, which is about making sure that blame isn’t placed on a whole faith, that we as Muslims are not collectively blamed for the actions of terrorists,” Omar added.

Omar also voiced her opinion on being critical of Trump’s governance ever since he told four women of colour in Congress to go back to the “totally broken and crime-infested places from which they came”.

Ever since Trump took office, he has made international headlines for his racist demeanour and imprudent remarks on Muslims, immigrant, and women in general.

Hailing from Somalia, Omar has witnessed a civil war and spent most of her youth in a refugee camp in Kenya, before migrating to the US.  In 2016, she became the first elected Somali-American Muslim legislator in the US.