As incide­nts of sexual assaul­t contin­ue to rise in K-P, tradit­ional attitu­des keep many cases from coming to light
By Wisal Yousafzai
Published: July 23, 2019
Tweet Email 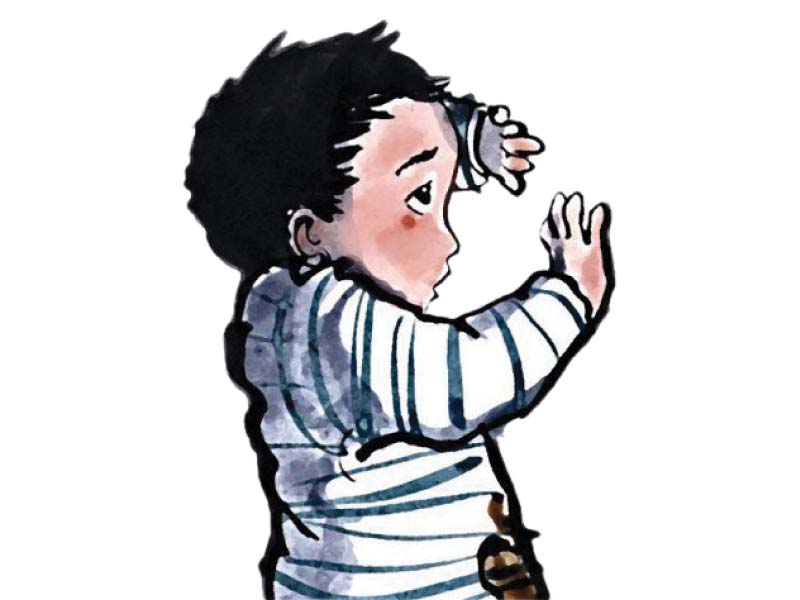 PESHAWAR: People across Pakistan were outraged and many took to the streets when reports surfaced that six-year-old Zainab Ansari had been raped and murdered, but it seems the shock the country’s collective conscious experienced is still not enough to stem the tide of cases of sexual abuse involving children.

In Khyber-Pakhtunkhwa (K-P) in particular, such incidents seem to be on the rise.

“I cannot explain in words how I felt when my daughter Asma was raped and mercilessly killed,” said the father of the four-year-old girl who was sexually assaulted and murdered in the province’s Gujar Garhi village last year soon after the Zainab case surfaced. Although her killer, Muhmmad Nabi, has since been arrested and sentenced to life in prison by a Mardan Anti-Terrorism Court (ATC), her parents have been unable to move on.

“We not only lost our beautiful daughter but the killer’s family has been constantly threatening us,” Asma’s father told The Express Tribune. “As a result, we have had to migrate to a safer place.”

Another case to surface from K-P is that of eight-year-old Z*. Unlike Asma, she survived the torturous ordeal of being tormented by her kin, her brother-in-law to be precise.

“My elder daughter was pregnant, so I sent Z* to help her sister out. However, her brother-in-law took the child to the kitchen where he raped her,” the child’s father told The Express Tribune. An FIR against the rapist has been lodged at Peshawar’s Faqirabad police station.

And then, there is the case of K*, a 10-year-old boy who was raped in Misri Banda, Nowshera. According to the FIR his father lodged, K* was sexually assaulted by another villager while fetching some fodder for his family’s cattle. The rapist confessed upon arrest.

Asma, Z and K are just a few of the countless children in K-P to have suffered at the hands of sexual predators. Between May 2011 and December 2017, some 222 children – 155 boys and 67 girls – were reported to have been sexually abused in the province, according to data compiled by the K-P Child Protection and Welfare Commission (CPWC).

While the commission, with the help of UNICEF and Save the Children, expanded its network of child protection units to 12 districts from the initial six, the new units did not start properly working until March this year.

“A shortage of foreign aid kept us from making the new child protection units functional,” conceded CPWC Deputy Chief Officer Muhammad Ijaz Khan. “Although the K-P government released Rs10 million for CPWC, the termination of a few employees led to the Peshawar High Court issuing a stay order which kept us from utilising the funds.”

The PHC, meanwhile, has established a Child Protection Court with assistance from Group Development Pakistan (GDP) and the British High Commission. Data of the court, available with The Express Tribune, showed that some 239 child abuse cases were submitted to it since its inauguration by PHC chief justice in March this year.

Around 124 of those cases have been resolved while 115 are pending.

Most child abuse cases, however, are not even reported due to taboos. Supreme Court Advocate and Voice of Prisoners Chairman Noor Alam Khan says,  “When people do seek justice, the lengthy and difficult legal procedure often ends up discouraging people,” he said. “Although child protection laws have been enacted in K-P, not a lot of effort has been made to implement them.”

“Take for instance how in other countries, the justice system accepts things such as phone and internet chat logs and videos as evidence,” said Noor. “Here, the legal system is still stuck in the past, which makes it difficult for the victims to prove crimes committed against them.”

GDP Programme Coordinator Imran Takkar agreed. “Pakistan signed the UN Convention on the Rights of the Child 29 years ago but has not much has been done to implement it. Our children continue to be at high risk while a lack of facilities, weak police response, social pressure and taboos have complicated things further,” he said.

Children facing the highest risk of sexual abuse and other crimes are those living on the streets, said the regional head of the Society for the Protection of the Rights of the Child Jahanzeb Khan. Over 7,000 such children are registered with the organisation, he said.

For religious scholars, the main instigator for child abuse was the easy availability of pornographic material. “Watching inappropriate pictures and videos corrupts people’s minds and they end up taking their frustrations out on children,” claimed Qari Roohullah Madni.

He also blamed the lack of sex education for the rise in such crimes. “Most parents assume and expect that teachers will educate their children, but it is the responsibility of parents to impart sex education amongst their children so that they can protect themselves.”

The cleric also called on the government to set exemplary punishment for those who commit child abuse and to provide legal assistance to the victims and their families.

“We have also directed the education department to include sex education in school syllabi and plan to impart sex education training to clerics across the province,” he added. “The rise in child abuse will be highlighted in the assembly after the budget session concludes and we will also take steps to enhance CPWC capabilities.”