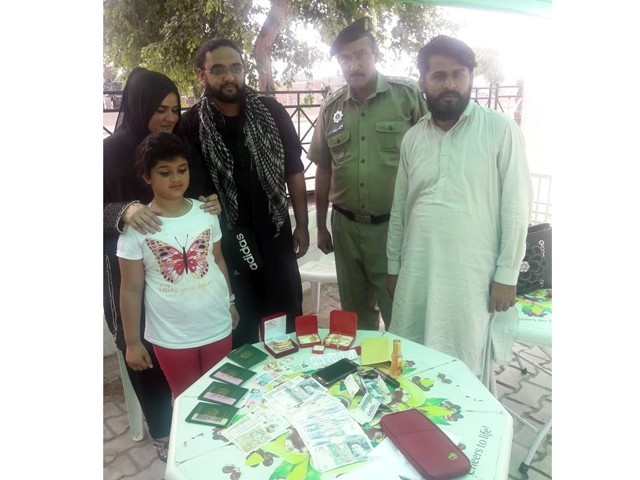 RAWALPINDI: Living up to its reputation, the Motorway Police recovered and returned the valuables worth around Rs1.4 million to a Canadian-Pakistani family, who lost it while travelling from Lahore to Azad Jammu and Kashmir (AJK) on Monday.

The valuables, including 15-tola gold jewellery, over Rs200,000 cash and expensive mobile phones, were kept in a hand bag, which was left by the family at a service area near Sheikhupura.

Irfan, the head of the family, lodged a complaint to the Motorway Police on 130 help-line after realising that they had forgotten their belongings including their travel documents behind.

Acting on the complaint, Inspector Amjad Ahsan and Sub-Inspector Naeem Akhtar arrived at the scene and handed over the bag to its owners on locating it.

The family thanked and appreciated the efficient service the officials provided to them.

DIG Motorways Ashfaq Ahmed also lauded their performance and hoped that the force would continue to work with the same honesty.

In a similar incident, the Motorway Police recovered missing gold jewellery worth Rs500,000 and returned it to its owner who had lost the bag carrying the jewels in a passenger bus on Islamabad-Lahore route in March earlier this year.