KARACHI: The Urdu Dictionary Board has merged its 22 volume Urdu dictionary into two volumes to make an abridged dictionary. The new book also includes many new words and has added vernacular definitions for several existing words.

Some of the new words include ‘sahulatkar’, ‘ikhtiarat’, ‘bewaquf’, ‘ablaghe ama’, ‘ikhtilafat’, ‘arzo sama’, ‘istiswab-e-rae’, and ‘afsanvi’.
The first volume of the new dictionary will be published very soon, while the compilation of the second is in progress.

The board’s mobile Urdu dictionary app has also seen its user base rise from 15,000 to 85,000 after the addition of an audio pronunciation feature some four months back. Interestingly, the app cannot be used offline because the pronunciation option requires an internet connection. 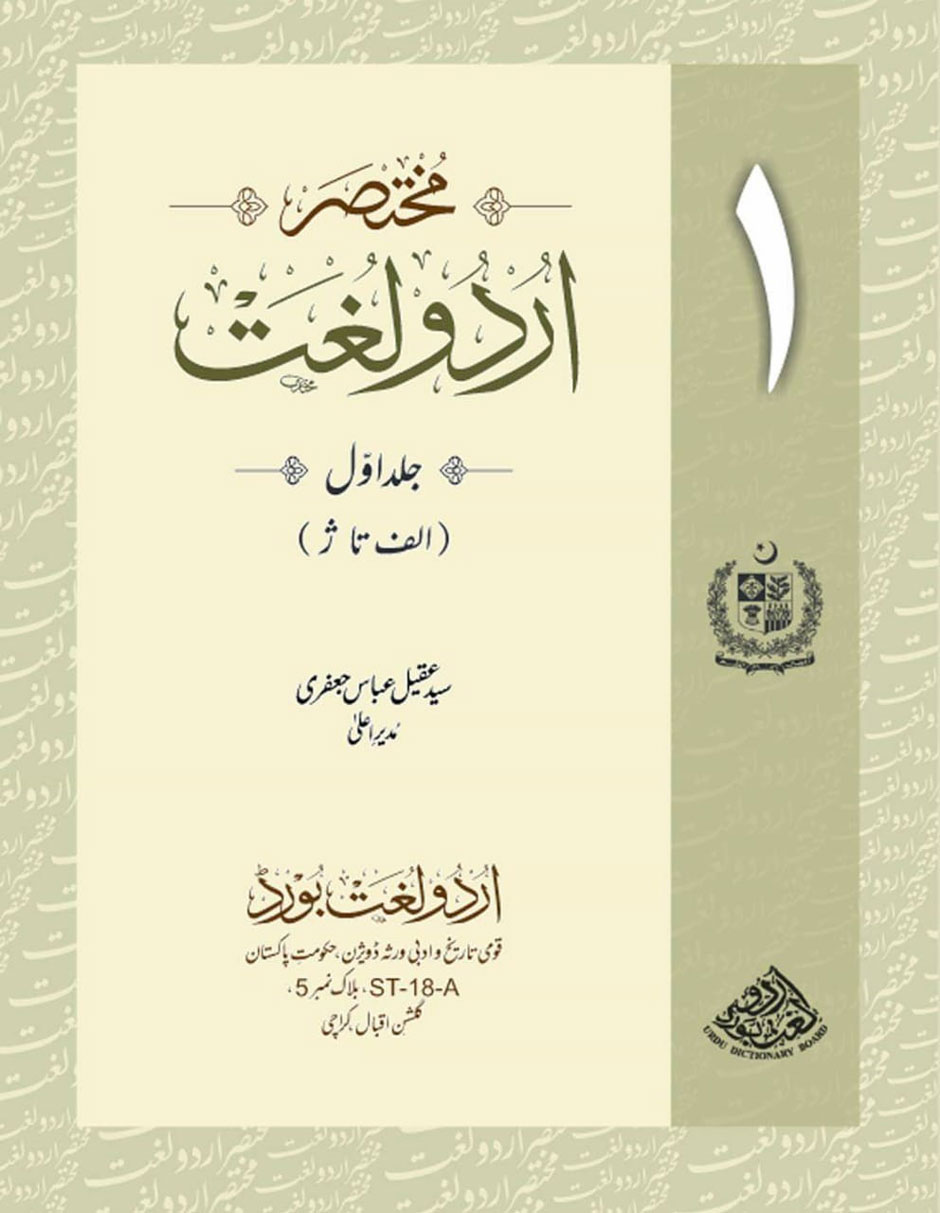 Officials of the board, which functions under the Ministry of Information, Broadcasting, National History and Literary Heritage, told The Express Tribune that many of the new words included in the dictionary have been recently introduced into common parlance by the media; such as ‘sahulatkar’ for a facilitator.

Urdu Dictionary Board Editor in Chief Aqeel Abbas Jafri told Express that common words such as ‘ikhtiarat’ and ‘bewaquf’ were not even included in the old dictionary, but now they have been included with secondary vernacular meanings provided. One of the more significant additions is the word ‘bhatta’, meaning ‘protection or extortion money’.

Likewise, other meanings of ‘iftitahia’ and ‘arbeen’ are also listed. According to him, the meaning of ‘iftitahia’ now includes ‘the first editorial of a newspaper’ and ‘ the preface of a book’, while the old dictionary only explained it as ‘the introductory speech made at a public meeting or session’.

To make space for more words, all of the previous 260,000 are included in the new dictionary, but only with their meanings. Apart from meanings, the previous version of the dictionary also included references of words including the etymology of each word and explanations on the use of many words.

Each volume of the new dictionary is 950-pages long, with 400 copies of each volume being published in the first stage. The print run of the first volume will cost roughly Rs540,000, while the second volume will be presented for publication on August 14. The market prices of each volume is Rs6,000, but the board is initially offering direct sales at a price of just Rs3,000.

Jafri said work on the Urdu dictionary app began in March 2018, with words recorded and saved one by one. He said a two-member committee – Shakil Adilzada and Raza Ali Abidi – selected Tehsin Fatima after auditioning several people for the pronunciation guide.

He said the first stage of app development cost Rs13 million, while the second stage, which included recording, cost Rs11.4 million, adding that work on preparing CD-based versions of the full 22-volume dictionary has been started.

Meanwhile, when asked about problems facing the dictionary board, he said there are 29 out of the total 55 posts in the body lying vacant, as retiring staff have not been replaced. There are only five scholars among the 26 people on staff. He said the federal government had sought details on the vacancies, but no effort has been made to fill them.

The app is available at the dictionary board’s website – www.udb.gov.pk.