How things look before the 5G smartphone revolution

How things look before the 5G smartphone revolution

The year is yet to see many upcomi­ng 5G device­s
By Tech Desk
Published: July 25, 2019
Tweet Email 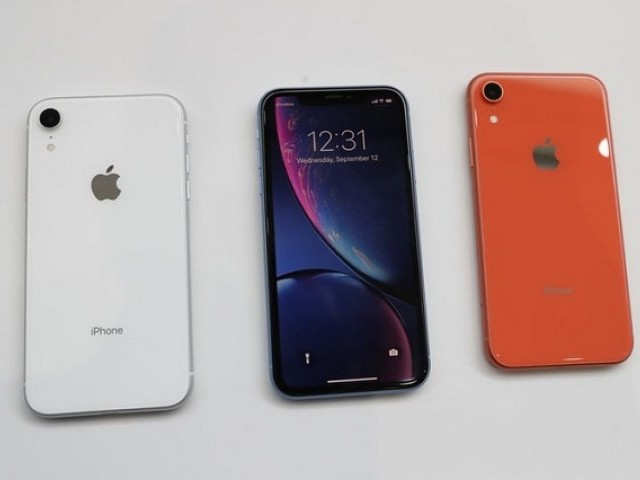 With many new and exciting phones having been launched or nearing launch this year, its time to take we have narrowed down a few trending devices that are out there before a 5G smartphone revolution.

With Huawei and Samsung already rolling out some 5G devices and Apple soon to roll out a 5G iPhone, the industry is in for an interesting push.

For now, though, let’s take a look for a few devices having innovative features or those that have simply done well. 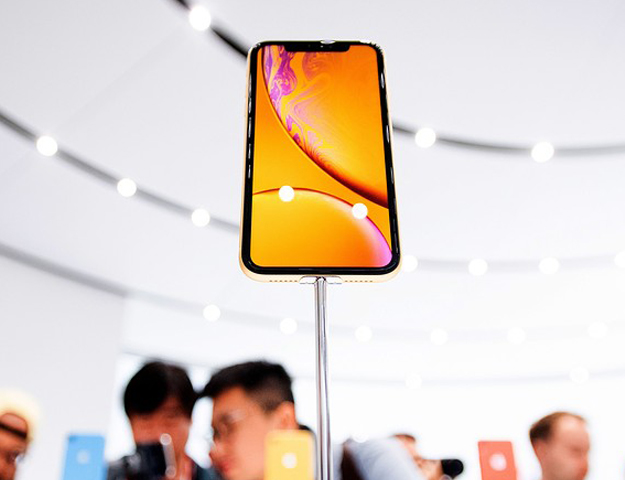 Apple’s iPhone XR has been the company’s best-selling iPhone model from the new releases since it went on sale in mid-October.

The XR brings many key features of those phones to a lower price point, and analysts widely viewed it as Apple’s effort to bring facial recognition unlocking and its newest processing chip to a wider set of buyers.

In addition to including many of the features from its higher-priced models, Apple also made the iPhone XR available in the broadest colour palette for iPhones since the iPhone 5C released in 2013.

The cheaper version of the latest iPhone series has become popular owing to the hefty increase in smartphone prices lately. The XR has been a bigger hit compared to the iPhone XS and XS MAX. For many users, the iPhone is a lifestyle choice and the XR makes that possible with a slight compromise on certain specs, such as the LED screen. However, most users arent bothered by such differences.

It’s also priced cheaper than the flagship devices of Samsung and Huawei. 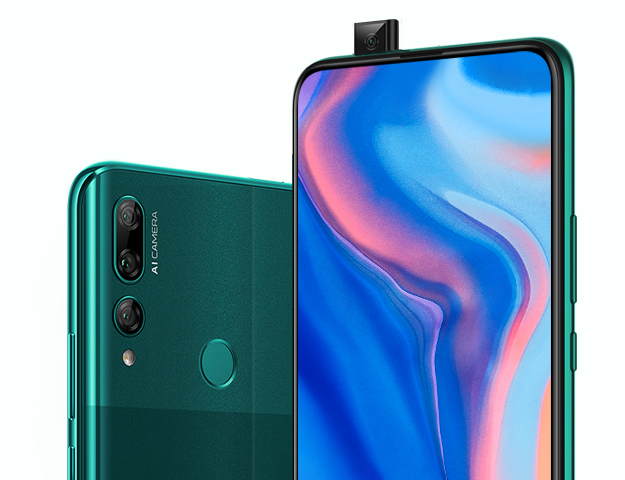 In terms of midrangers, the Y9 Prime 2019 launched recently is fitting in well. Launched as part of Huawei’s Y-series, the device has an expandable memory capacity of up to 1 TB. The smartphone is powered by octa-core Hisilicon Kirin 710F processor and has 4 GB of RAM.

Huawei has introduced a pop-up 16Mp camera that’s gaining popularity for its unusual design. The pop-up has been a deviation in terms of the set design norm. 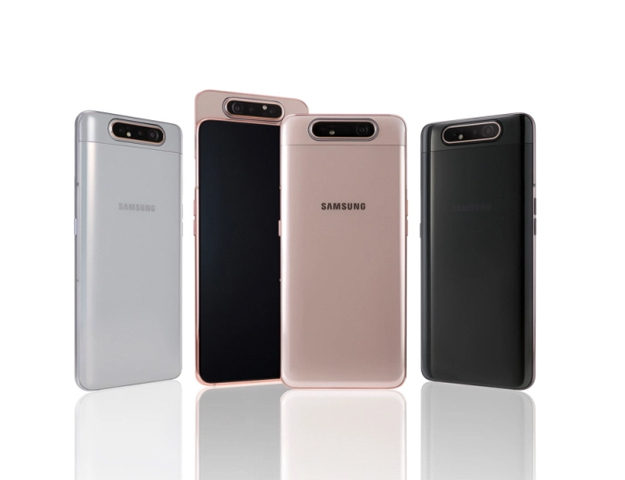 The Galaxy A80 can be said to be one of the heaviest phones we have seen for a while as it weighs 220g. Fortunately, the screen has slim bezels and is also notch-free. Users will enjoy the large 6.7-inch SuperAMOLED display screen.

The camera system includes a 48-megapixel main sensor, a wide-angle camera, and a TOF (time-of-flight) depth-sensing camera. The rotating camera in the back can also be used as the front camera.

The A80’s camera prowess makes it a photography expert. Although underrated due to the Galaxy S10 and Note 10’s popularity but the device is definitely a good pick for people focusing on smartphone photography. The focus shifts away from the flagships and more towards a balance between price and camera. 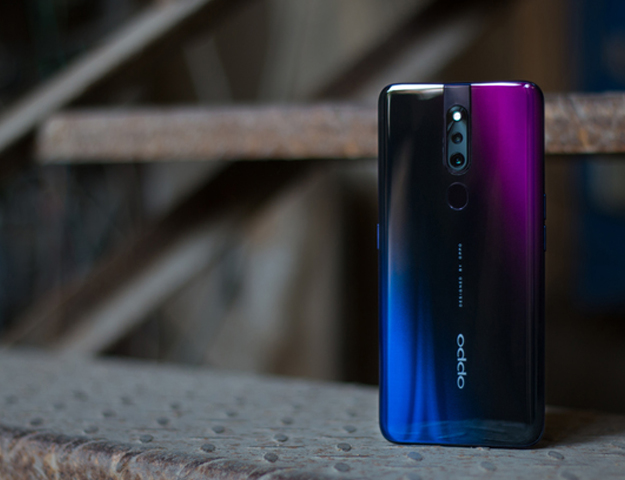 Oppo F11 Pro has gained some popularity with its pop-up camera making it a device with a slight design change compared to the new design norm set in the smartphone industry.

Along with that, the device has a dual-camera setup featuring a 48-megapixel main shooter plus a 5-megapixel lens for sensing depth. 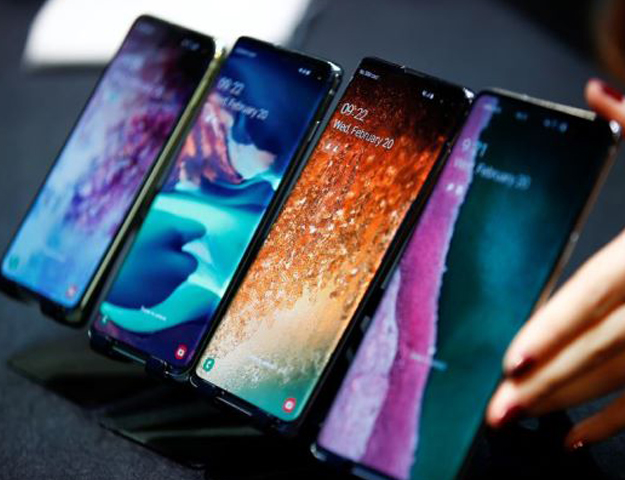 The S10 has managed to maintain the popularity of a flagship model. It offers all the latest upgrades at a relatively affordable price compared to other flagship models. The S10 handsets have four versions including the 5G model, which offer an improved colour display with active-matrix organic light-emitting (AMOLED) technology, improved battery life, and upgraded cameras.

They feature AI-enhanced software and wireless charging capabilities — allowing users to charge itself and a second device simultaneously.

Other options include the S10e starting at $749, and the largest version, S10 Plus at $999, which has been available since March 8. 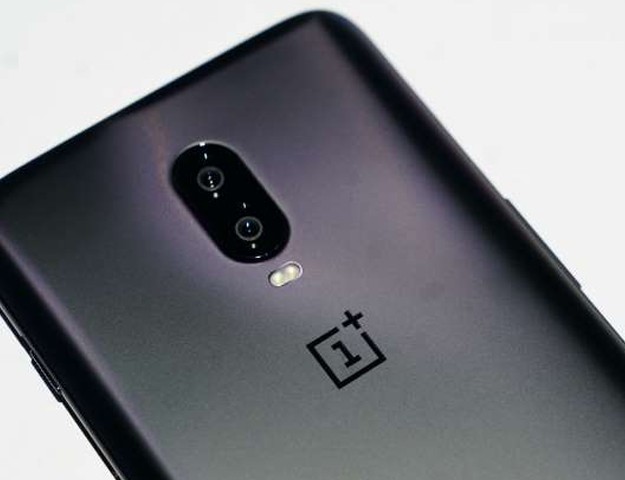 Much like the S10, the OnePlus 7 series has managed to retain its core Android userbase. It dispels the impression that users consider any alternate for flagship models. Priced at $700, the smartphone has a screen of 6.67 inches and incorporates the same AMOLED technology used in Samsung Galaxy S10+ to allow for more vivid colours and darker displays.

Like other phones this year, the OnePlus 7 Pro’s camera set includes wide-angle, standard, and telephoto lens. That standard camera has a 12-megapixel resolution. Once users swipe up, the image sensor can shoot 48-megapixel shots and activate the Pro mode.

The year is yet to see many upcoming devices so let’s not jump to any judgements especially given an upcoming barrage of 5G smartphones.

Experts warn of challenges in meeting US expectations