Everyt­hing about the song remind­s us of 'Ghagra' from 'Yeh Jawani Hai Deewan­i'
By Haddiqua Siddiqui
Published: July 22, 2019
Tweet Email 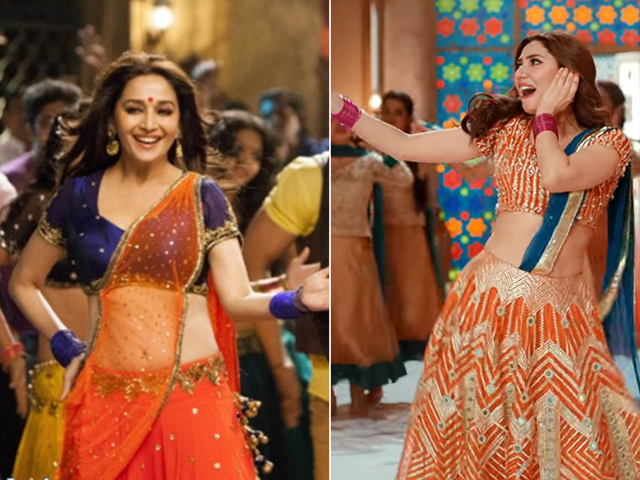 KARACHI: Superstar might just give Mahira Khan the material and depth her career needs at the moment: a role that is unlike her previous characters. Directed by Ehteshamuddin of Sadqay Tumhare fame, the possibility exists.

With the release of the second song from the upcoming film – titled  Noori – the starlet channels her inner Madhuri Dixit.

The song begins with Mahira’s killer kohl-rimmed gaze. Clad in a bright orange and blue ghagra choli, Mahira as Noori swirls and twirls to the beat of the song sung by Sunidhi Chauhan and Jabar Abbas. Penned by Shakeel Sohail, the lyrics talk about her character, with music composed by Azaan Sami Khan.

The choreography seems to be inspired by Madhuri’s super popular, dance number Ghagra from the 2013 Bollywood film Ye Jawaani Hai Deewani. The thumkas, the wardrobe, the beat and the way the camera captures Mahira as she dances her way through a crowd of backup dancers – it is all so familiar. Is this imitation or inspiration? We leave it to you.

A little bts from #noori ♥️ Watch the song, Link in Bio

Noori also features Osman Khalid Butt in a cameo, reminding the audiences of Ranbir Kapoor in Ghagra. The Baaji actor is an ace dancer and he proves it in this number. If anything, he is giving Mahira a run for her money.

Superstar is all set to hit cinemas this Eidul Azha.

Actors recall why Mohsin’s exposé was a long time coming