No Naya Pakistan for revenue dept

No Naya Pakistan for revenue dept 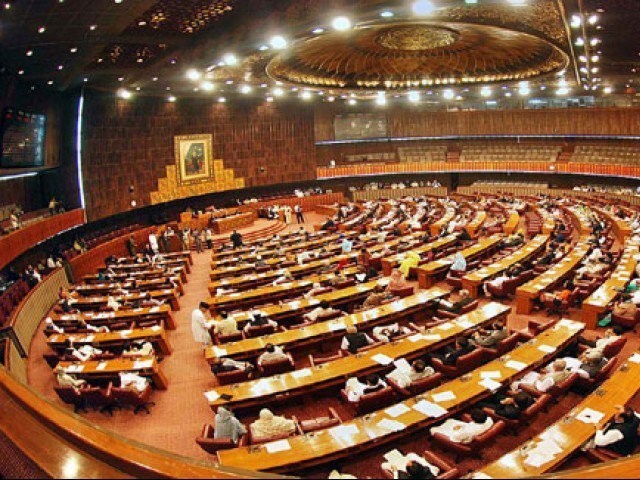 While PTI has cracked down on politicians, bribery is rampant in govt wings like Islamabad’s revenue dept. PHOTO: FILE

ISLAMABAD: Pakistanis who bought the current ruling party’s dream of ‘Naya Pakistan’ believed the country would be rid of corruption overnight. But while the Pakistan Tehreek-e-Insaf has come down hard on politicians suspected of graft, corruption in government departments carries on at all levels.

Take the case of Islamabad’s revenue department. According to sources, patwaris who work for the department do not even show up to work, outsourcing their duties to munshis (assistants) who demand bribes from people.

“If people refuse to bribe the munshis, they have to wait for weeks to get their work done.

A portion of the bribe money also goes to tehsildars to expedite the process,” an internal source at the revenue department told The Express Tribune.

Patwaris, in turn, pin the blame for their corrupt activities on their higher-ups. According to them, their seniors pressure them into turning a blind eye to bribery and do not reward them for their ‘hard work’.

Speaking on the matter, Islamabad Deputy Commissioner Hamza Shafqat said his department received several complaints regarding bribery and prompt action was taken against those involved.

A survey conducted by The Express Tribune at the Citizen Facilitation Centre of the Revenue Department revealed that five of the offices were closed during duty hours. Absentees put up notes on their doors citing different reasons, including accidents and court hearings. None of the patwaris were present in the patwar khanas and munshis were doing all the work instead.

“We thought things will change as soon as the new government will take over, but sadly, corrupt practices, such as the acceptance of bribery continues to date,” Farhan Raja, an agitated citizen said. “We have lodged various complaints against the department and the rampant practice of bribery but they fell on deaf ears.”

Raja added that the only job the patwaris perform is signing the documents that their munshis prepare. “We have to pay Rs2,000 per marla for registration while the actual government fee is much less,” he added. “Likewise, they ask for Rs500 as a token fee at the facilitation center.”

Raja further explained that the patwaris also deliberately make mistakes while carrying out the registration process, and later demand money to rectify the errors. “People have paid thousands of rupees in bribes for the statement of property transfer and those who don’t bribe the munshis have to wait for very long periods of time,” Raja said. “Some people end up giving bribe because they want to expedite the process.”

Venting his anger and frustration with the revenue department and the rampant corruption, another citizen Zafran told The Express Tribune that the government should hold the patwaris accountable as they are leading lavish lifestyles and are paying so much to their munshis.

“Where is all the money coming from? The government should live up to its promises and look into the situation as soon as possible,” he said.

When asked about the citizens’ allegations, a patwari, who spoke on the condition of anonymity, admitted the complaints are genuine but added that patwaris have their own problems which no one takes into account. He explained that the reason why many patwaris take bribe is because of flawed system. Many people are stuck at scale five and have not been promoted.

“Even after 23 years of services, many people are still earning Rs35,000 which is not enough in this day and age,” he lamented. “Since the 1880s, patwaris are still allocated only Rs5 for stationery. It is almost unbelievable.”

Regarding the handing over of tasks to munshis, the patwari said that munshis are given tasks by patwris because of a shortage of staff in the land department as every patwari is given hundreds of records to deal with.

After arrests in corruption cases, next step is to recover looted money: Fawad

DC Islamabad Hamza Shafqat said that new reforms have been introduced in the land department and according to rules, the sale and purchase of land has been stopped without the declaration of assets.

“We have put an end to all fraudulent activities, including transfer and mutation in zone three,” he said. “We are working to resolve the ongoing land disputes and have successfully solved 89 cases in 2018.”

He further said that if the patwaris do not do their job, then citizens can lodge a complaint against them with the assistant commissioner so that prompt action can be taken against the corrupt ones.

As for the munshis, Shafqat said that the patwaris are allowed to keep them as their assistants according to the Land Revenue Act but the munshi system has been abolished.

“In Islamabad, there is a shortage of staffers because of which one patwari has to work on more than four mauzas. Therefore, they keep munshis to assist them. The practice of hiring them, however, remains illegal,” he concluded.