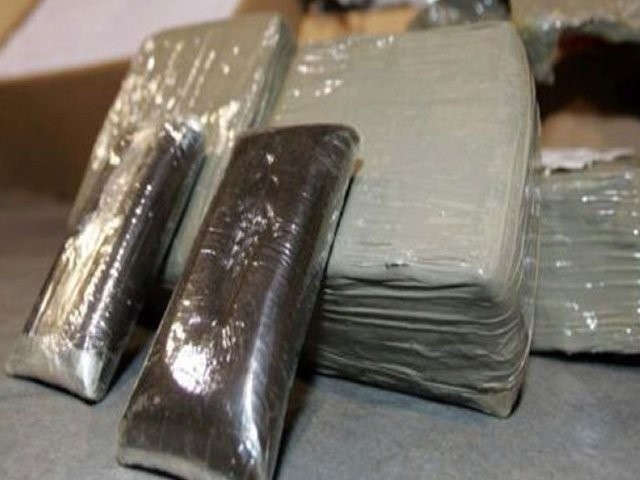 Separately, 24 kilos of hashish recovered from a vehicle in Multan. PHOTO: FILE

BAHAWALPUR: The Anti-Narcotics Force (ANF) on Sunday arrested the son of former Pakistan Muslim League-Nawaz MPA Fauzia Ayub Qureshi after recovering over 150 kilogrammes of hashish from her residence in the city.

Qureshi was elected to the Punjab Assembly on a reserved seat for women in the 2013 general elections.

Separately, 24 kilos of hashish were recovered from a vehicle that was transporting hens in Multan. The ANF arrested two suspects, one identified as Ramzan, in the raid.

According to sources, more arrests are expected on information extracted from the suspects.

Earlier this month, PML-N Punjab President Rana Sanaullah was arrested for allegedly possessing a large quantity of drugs in his vehicle.

Rana, who served as the Punjab law minister during the previous PML-N government, was arrested by ANF Lahore from the Islamabad-Lahore motorway near Sukheki, while he was traveling from Faisalabad to Lahore.

The ANF is responsible for curbing drug use and smuggling. It said in a statement: “We do not make arrests without reason. A large quantity of drugs was recovered from Sanaullah’s car,” adding that the quantity and type of drugs recovered was still being assessed.