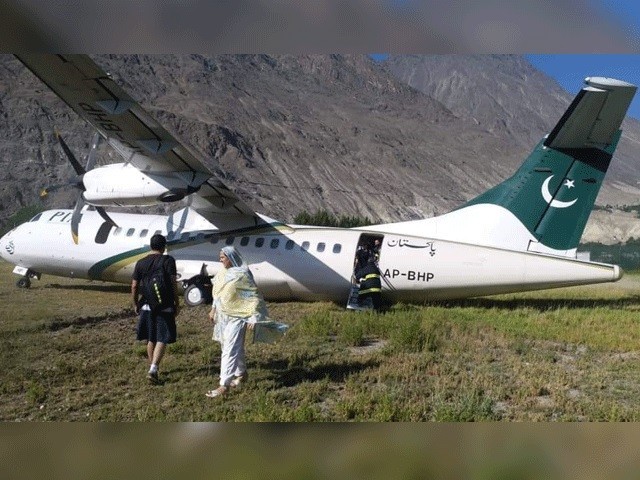 All passengers and crew members remained safe after the PIA ATR-42 aircraft skidded off the runway in Gilgit on Saturday. PHOTO: EXPRESS

A Pakistan International Airlines (PIA) flight survived a scare on Saturday as the plane skidded off the runway while landing at the Gilgit airport.

According to Express News, PIA flight PK-605 arrived in Gilgit from Islamabad with 48 passengers on board, all of whom remained unhurt in the incident.

“The ATR-42 aircraft skidded a little off an unpaved patch. The pilots exhibited great skill and composure to regain control and ensure everyone’s safety,” said a spokesperson for the national flag carrier. 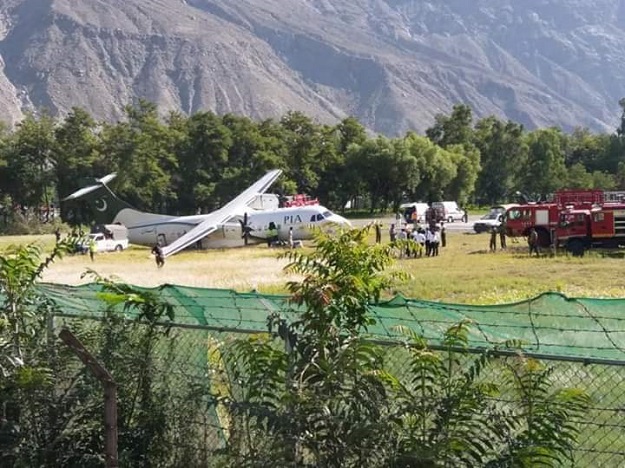 Photographs circulating on social media showed the ATR aircraft tilted on one side in a grassy area next to the runway.

The spokesperson said PIA CEO Air Marshal Arshad Malik has ordered an inquiry into the incident.

“The CEO has issued orders for an immediate and transparent probe. Strict action in accordance with aviation laws will be taken if the investigators find evidence of any human or technical error.”

The PIA official said both pilots have been grounded until the investigation is completed. 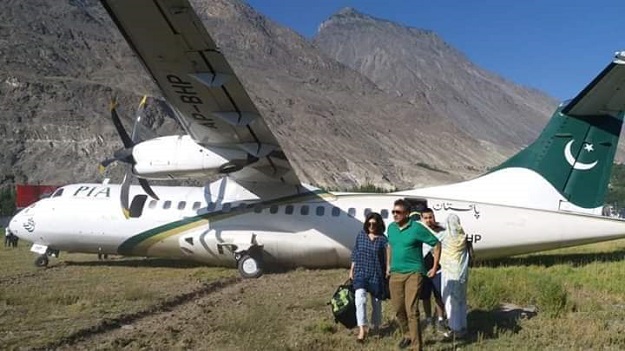 Over the past years, there have been recurring safety issues with PIA flights in the country’s northern areas. In December 2016, flights to Giligt-Baltistan and other northern areas were suspended shortly after flight PK-661, flying from Chitral to Islamabad, crashed in a hillside in Havelian.

All 47 people on board, including popstar-turned-evangelist Junaid Jamshed and Chitral Deputy Commissioner Osama Warraich, were killed in the crash.

Subsequently, the Civil Aviation Authority had grounded all 10 ATR-42 aircraft of PIA.