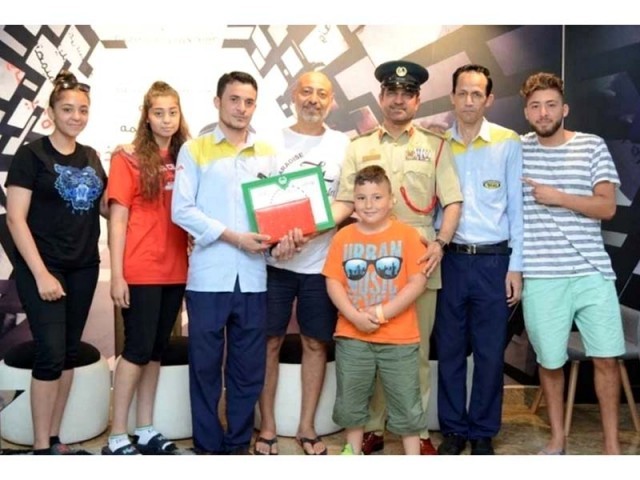 A Pakistani taxi driver, yet again, has been honoured for his honesty in Dubai.

Shafafet Khan Abdulrashid was recently awarded a certificate of appreciation and a symbolic gift by the Dubai Police, according to Khaleej Times.

He returned $21,000 cash, a mobile phone and some passports forgotten by a Danish family in his cab.

He also emphasised the importance of the collaboration between the community and police.

The police official also met the Danish family who expressed their gratitude to the Dubai Police for their fast response and the honest cab driver for returning their valuables.

Earlier this month, another Pakistani expatriate, a cleaner by profession, in Dubai won over hearts for his honesty after returning 15 kilogrammes of gold worth 7 million dirhams.