Met department upgrades its eyes in the sky

Met department upgrades its eyes in the sky 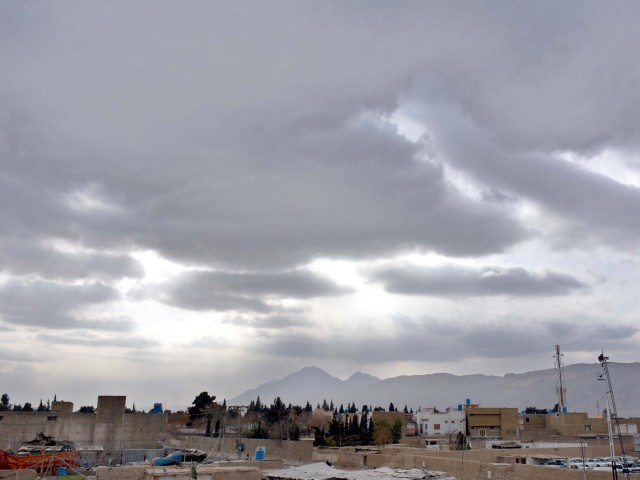 Predicting the weather is often thought of as an impossible task. Forecasting, essentially entails, predicting the unpredictable and it becomes more complicated with the lack of adequate technology.

For the meteorological department, the business of predicting the weather is likely to improve significantly, once the aging radar system is replaced by state-of-the-art equipment.

According to the details, the new C-band Doppler radar will boost the country’s ability to more accurately predict the path of severe weather systems before they hit. “The new radar system will enhance our ability to make accurate short term weather forecasts within the range of 450km around Karachi, while thunderstorms and other unusual weather events will be observed from all sides,” said Sardar Sarfaraz, chief meteorological officer at Pakistan Meteorological Department (PMD) in Karachi.

While it is never too late to modernize, this particular upgrade comes after an interval of nearly three decades. The new system is said to be a giant leap from the existing S-band radar, which has been functional since 1991 with a wavelength of 5 centimeters. The chief meteorological officer claimed the capacity of the new radar is twice as much as the one already installed.

One benefit of the advance system, which will come on stream before 2020, is that it will lead to improvements in the accuracy of rainfall estimates, particularly during high impact weather events like storms. In addition to its accuracy, the new Doppler radar will enable the Meteorological department to predict rainfall in centimeters and millimeters.

Weather radar systems have advanced substantially and play increasingly important roles. Of particular significance has been their ability to detect and warn of hazards associated with severe weather conditions that include high winds, storms and intense precipitation. In the long run, an improved forecast system will also lead to early warnings that will prevent extensive damage and loss of life in the event of natural catastrophes near the coastal areas of Sindh and Balochistan.

Commenting on the new technology, National Disaster Management Authority Spokesperson, Brigadier Mukhtar Ahmed said “The new Doppler radar will improve the overall early warning system.” “We will be able to respond to extreme weather related disasters in a much better way after the radar is installed,” Brig Ahmed added.

The new radar comes with a wide spectrum of applications. It is also expected to improve aviation safety and increase the operational efficiency of the air transport industry. “With this radar we can share information with ships and planes which is good for air safety and sea safety,” the meteorological chief said.

“The new system will also be useful for the fishermen as it will allow us to provide weather forecasts within the vicinity of 200 km of open sea. Cyclones from the Arabian Sea will be predicted early,” he added.

The radar, which is said to be the most advanced in the region, will be installed with the help of the Japan International Cooperation Agency, a governmental agency that coordinates development assistance for the government of Japan. The radar comes at a whopping price tag of Rs.1.8 billion. Japan is expected to pay 97% of the cost, whereas Pakistan will bear the remaining 3%. As of today, construction of the 17-floor terminal, which is expected to house the radar is nearly complete.