Claims most people arrest­ed by the anti-corrup­tion watchd­og are politi­cians belong­ing to PML-N
By News Desk
Published: July 18, 2019
Tweet Email 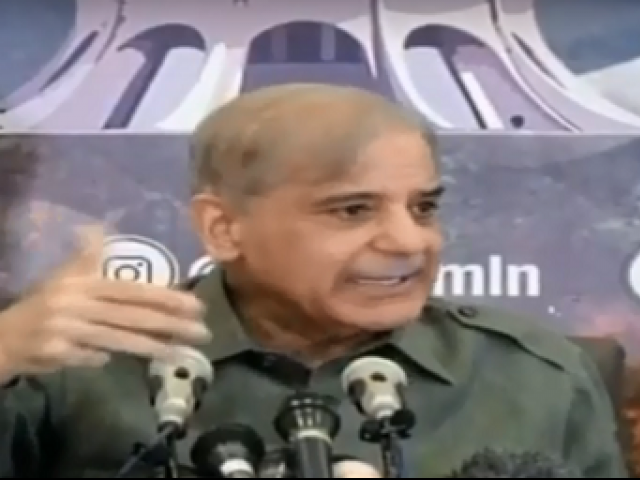 Shehbaz Sharif during the press conference.

Pakistan Muslim League-Nawaz (PML-N) on Thursday claimed that Primer Minister Imran Khan and the National Accountability Bureau (NAB) are working together to take down the opposition.

He stated that most people arrested by the anti-corruption watchdog are politicians belonging to the PML-N.

Shehbaz also said that Abbasi and his team – under the leadership of Nawaz Sharif – are responsible for curbing gas prices and load shedding in the country.

He also added that this is the first time since 1972 that the country has experienced a “flight of capital” and alleged that Imran and NAB have inflicted fear into the businessmen of Pakistan.

The PML-N president questioned why anyone would want to invest in Pakistan when the prime minister himself claims that the country is full of thieves.

Referring to the Daily Mail report accusing him of embezzling millions of pounds from the aid provided for earthquake victims, he stated that the earthquake happened in 2005 and he assumed office of the chief minister in 2008.

Shehbaz added that he will accept any punishment if the accusations against him are proven to be true.

Earlier in the day, Abbasi was arrested and escorted to NAB’s local Lahore office.

Authorities intercepted Abbasi’s vehicle at Lahore toll plaza when he was on his way to meet PML-N President Shehbaz Sharif.