After an attack on the Turkis­h vice consul and one Iraqi citize­n in a restau­rant in Arbil
By AFP
Published: July 18, 2019
Tweet Email 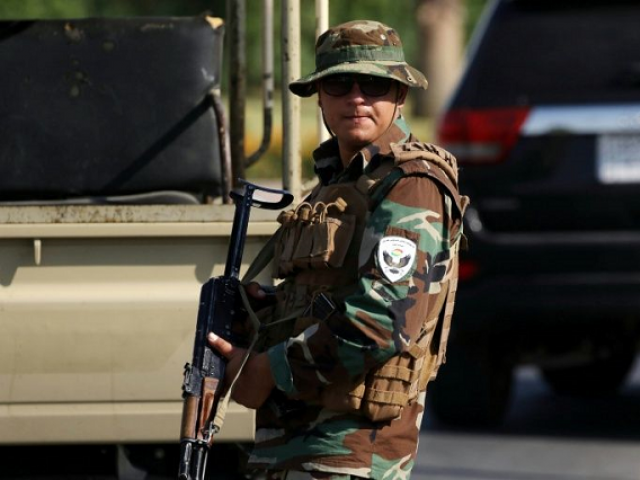 Iraqi Kurdish security forces were deployed after the attack, but the perpetrators are still on the run. PHOTO: AFP

ARBIL, IRAQ: The death toll from Wednesday’s attack on Turkish consular employees in Iraq’s autonomous Kurdish region has risen to three after one victim died of his wounds, his family told AFP.

The Turkish vice consul and one Iraqi citizen were shot dead by at least one attacker on Wednesday in a restaurant in the northern regional capital of Arbil, a police source told AFP.

Iraq’s minority Yazidis, brutalised by IS

According to Turkish state media, the lone attacker was dressed in plainclothes and carried two guns when he stormed the restaurant in Arbil’s Ainkawa district.

Checkpoints were quickly erected in and around the neighbourhood, but the perpetrators are still on the run.

“The relevant authorities have launched a thorough investigation to find and prosecute the perpetrators of this criminal act,” said the Kurdistan Regional Government in an online statement.

It warned against anyone trying to “harm the security and stability” of the autonomous region.

There was no claim of responsibility for the attack, which came as Turkey wages a ground and bombing offensive against bases of the Kurdistan Workers’ Party (PKK) in northern Iraq.

The PKK is classified as a “terrorist” group by Turkey, the United States and the European Union because of the three-decade insurgency it has waged against the Turkish state.

Earlier this month, the PKK announced senior leader Diyar Gharib Mohammed and two other fighters had been killed in a Turkish raid.

A spokesperson for the PKK’s armed branch denied the group was involved in Wednesday’s shooting.

Iraq sets up ‘loophole’ in US sanctions to buy Iranian power

Ibrahim Kalin, spokesperson for the Turkish president, vowed “the necessary response will be given to those who committed this treacherous attack.”

In Baghdad, the UN mission to Iraq called for “maximum restraint” from all sides.

The US embassy offered its condolences to the Turkish mission after the “heinous” attack, calling for “the defence and safety of foreign diplomats and diplomatic missions in Iraq”.