Beijin­g can impose sancti­ons if US does not remove certai­n tariff­s that break WTO rules
By Reuters
Published: July 17, 2019
Tweet Email 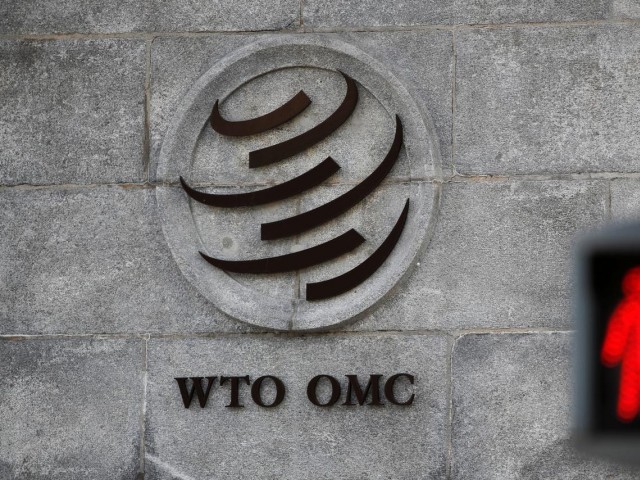 Beijing can impose sanctions if US does not remove certain tariffs that break WTO rules. PHOTO: REUTERS

GENEVA: The United States did not fully comply with a World Trade Organisation (WTO) ruling and could face Chinese sanctions if it does not remove certain tariffs that break WTO rules, the WTO’s appeals judges said in a ruling on Tuesday.

China went to the WTO in 2012 to challenge US anti-subsidy tariffs on Chinese exports including solar panels, wind towers, steel cylinders and aluminium extrusions, exports that it valued at $7.3 billion at the time.

The office of US Trade Representative (USTR) Robert Lighthizer said the WTO ruling recognised that the United States had proved that China used state-owned enterprises (SOEs) to subsidise and distort its economy.

But the ruling also said the United States must accept Chinese prices to measure subsidies, even though USTR viewed those prices as “distorted”.

“This conclusion ignores the findings of the World Bank, OECD working papers, economic surveys, and other objective evidence, all cited by the United States,” the US statement said.

“The WTO appellate report undermines WTO rules, making them less effective to counteract Chinese SOE subsidies that are harming US workers and businesses and distorting markets worldwide,” it added.

The comments were posted late on Tuesday on the official website of the Ministry of Commerce.

Under President Donald Trump, the United States has been blocking the process to appoint or reappoint members of the WTO’s Appellate Body, which is effectively the top court for world trade.

The Appellate Body normally has seven members and needs three to consider each case, but from December 11 it will have only one judge left, causing at least a temporary collapse, the European Union’s Trade Chief Cecilia Malmstrom said earlier on Tuesday.

The USTR statement said the outcome of its appeal illustrated the concerns it had about the Appellate Body, which it has accused of breaking procedural rules and overstepping its authority.

If China seeks to bring sanctions in the dispute, it would need to enter a new round of legal argument over the value of any damage to its trade.

The dispute centered on 17 investigations carried out by the US Department of Commerce between 2007 and 2012.