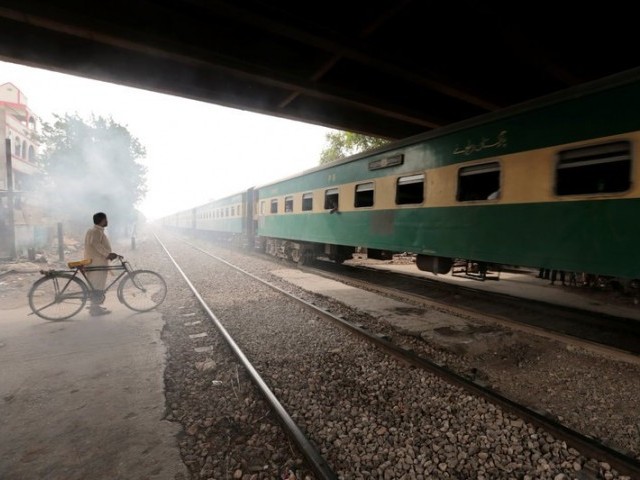 ISLAMABAD: Nearly 1,500 railway wagons are standing idle as these are not being utilised due to reluctance on the part of Pakistan State Oil (PSO) to boost supply of high-speed diesel (HSD) to upcountry depots.

The state-run oil marketing company’s unwillingness stems from the fact that there are limited unloading facilities at such depots. PSO has agreed to transport 20,000 tons of HSD from Karachi (Keamari) to upper areas of the country where unloading facilities are provided by Pakistan Railways.

However, the Ministry of Railways has demanded a boost to these supplies from Port Qasim as it is the cheapest mode of transportation compared to road and pipeline.

A senior government official told The Express Tribune that the government had directed PSO to supply HSD from Karachi to upcountry destinations through Pakistan Railways where facilities were available, provided that the railways offered better and competitive rates. It also directed the state-run company to evaluate the possibility of transporting HSD through railways with reference to its cost compared to the cost of transportation through oil tankers and a pipeline where these transportation modes were available.

Pakistan Railways and PSO have been in business partnership since decades. The prime focus of their business was transportation of furnace oil to power producers along with HSD for selected locations.

However, due to the shift in government’s policy with regard to furnace oil – as it preferred cheaper liquefied natural gas (LNG) in power production, the demand for furnace oil has decreased considerably, causing a dip in railways revenue.

Though Pakistan Railways is offering the lowest freight charges, PSO is of the view that supplies could not be increased due to limited unloading facilities at upcountry depots.

This terminal was developed under the government’s security package for fuel supply agreement, implementation agreement and power purchase agreement for furnace oil supply to power producers.

The shift from furnace oil to HSD at the terminal will require cancellation of government guarantee to power companies and consent from all stakeholders. The government is paying capacity charges to independent power producers (IPPs) under the security package, which is a major constraint in the way of making any operational arrangement for Pakistan Railways at the terminal.

Officials pointed out that as per the agreement of PSO with Kot Addu Power Company (Kapco), 100% of HSD from the Zulfiqarabad terminal was transported through pipelines.

Officials said Pakistan Railways had the issue of limited capacity for fuel transportation as HSD loading facilities were available only at Keamari and Mehmood Kot depots.

Similarly, unloading facilities are available at Chak Pirana, Sihala and Taru Jabba. Furthermore, Sihala falls in the region fed by Attock Refinery Limited (ARL) where HSD is supplied through a pipeline. The transportation of any additional volumes to Chak Pirana and Taru Jabba may result in detention of tank wagons due to storage contracts at these places.

“PSO is the largest oil marketing company of Pakistan that uses various means to seamlessly transport POL products to all parts of the country,” a PSO spokesperson said.

“The company has been moving significant quantities of HSD through Pakistan Railways to our depots where the sidings and unloading infrastructure of railways currently exists. In FY19, there has been an increase of approximate 85% in transportation through Pakistan Railways, when compared to FY18. It demonstrates the fact that PSO is committed to supporting this national asset as much as possible while keeping in mind the infrastructure constraints, and the competitiveness of the freight when compared to other modes of transportation like road and pipeline. This is required to ensure that our consumers get the petroleum products at the best possible price.”

To avoid damages, govt must go for settlement with TCC