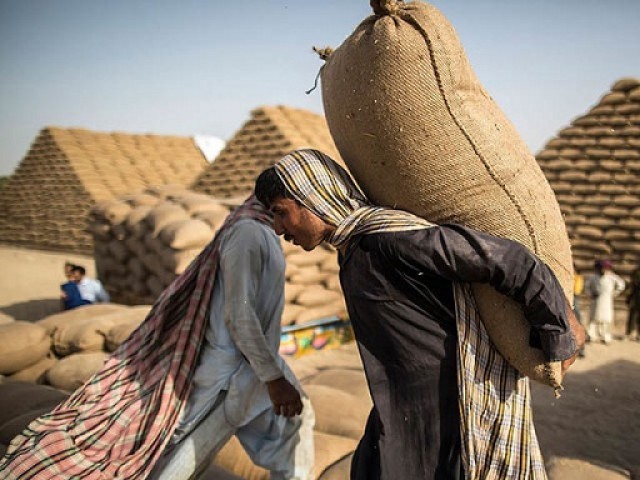 BEIJING: Institute of Population Studies of the Chinese Academy of Social Sciences Director Cai Fang has emphasised the need for reforms to take advantage of the labour force in turning around the economy.

In an interview with the China Economic Net after the CPEC summit in Islamabad, Cai talked about Pakistan’s labour force and shared his experience by infusing practical significance.

Reporter: The advantage of local labour force is one of the key considerations for Chinese enterprises seeking to relocate to Pakistan, but some of them have also expressed concern about the quality of Pakistani labour force, such as unpunctuality, less hardworking and so on. What are your comments?

Cai Fang: The key to turn the advantage of labour force into an economic advantage and finally a comparative advantage in the international market is reform. And the first step in reform is to make the labour flow.

‘Pakistan to welcome Commonwealth partnership in SEZs on CPEC route’

Labour force does not automatically enter the labour market when needed as there are workers in agriculture, surplus labour, unemployed or semi-employed labour. Here, a lot of basic work needs to be done.

First is the system. We should gradually develop a labour market. To some extent, this market cannot be formed all at once; it is in the development process of continuous reforms. Secondly, even if the labour force is available and cheap, whether their education level, professional skills, discipline performance can adapt to the industrialisation development, it also has a process.

Before China’s reform and opening up, education has already been developed, our labour force is of high cost performance. Therefore, the mobilisation of labour force through reform has been transformed into an economic advantage. I think there are potential advantages for Pakistan, but still a lot of work to do. I am not saying that abundant cheap labour can be converted into demographic dividend at once.

Reporter: In Pakistan’s GDP, especially in terms of its foreign reserves, the overseas remittances take a high proportion. A lot of labour force work abroad. Is this the labour flow you’ve mentioned?

Cai Fang: In fact, to some extent, it has a reason why it flows abroad but not flows to its own industrial areas. Some countries or regions with relatively active and even rapid economic development already have labour markets.

However, labour market is not a place where everyone comes to make deals to buy and sell labour. It is formed by a whole set of systems and institutional mechanisms, such as how to confirm the employment relationship, how to determine labour prices, wage levels, how to protect workers, how to ensure their social insurance and so on. Although sometimes the level of social insurance is not high, it is an important link in the institutional arrangement. So, labour market is a comprehensive and complex institutional form, which needs to be developed. That Pakistan’s labour force can flow out shows that a relatively mature labour market has already been generated in those destination countries.

Reporter: So, the Pakistani market is unable to retain these workers?

Reporter: Touching on system construction and reform as you just mentioned, Prime Minister Imran Khan has put forward a series of systems and measures. Most of these systems and measures are top-down approach, it doesn’t seem like the bottom-up endogenous motivation of ordinary people in China during the early years of reform and opening-up.

Cai Fang: We can’t just say that a society is problematic because it hasn’t changed or hasn’t changed as you expected. In fact, it happens for a reason. It has some economic logic or political foundations. To some extent, it needs a tipping point.

In my opinion, the current economic situation in Pakistan is not very good. It is a short-term cyclical problem, but short-term stress can sometimes be a driving force to solve long-term structural problems. So we expect Pakistani people to take this opportunity to make some in-depth reforms. But we can never say which way it should go for we are different in basic system. We have different culture and religion. It should learn what is good and discard what is bad according to its own national conditions, and then finally form its own development path.

Reporter: What role might Pakistan play in your ‘International Version of the Flying Geese Model’? As you just mentioned, its economic growth expectations next year have fallen to 2.4%.

Cai Fang: As for the International Version of the Flying Geese Model based on comparative advantage, it refers to countries that have potential demographic dividend. These countries have abundant cheap labour which can meet requirements of the specific industry chain.

With the improvement of infrastructure, human capital and business environment, these countries can join the Flying Geese Model by mobilising foreign investment and domestic resources. Belt and Road Initiative creates such an opportunity for them.

The first step is to ensure connectivity, which refers to infrastructure construction in a broad sense. Then entrepreneurs in our country and other countries will see the basic qualification of these countries. Entrepreneurs are always the most sensitive components, and they will find opportunities to make profits.

So, I think in the long term, Pakistan can be a potential experimental ground for the International Version of the Flying Geese Model as I said before.

Pakistan needs to diversify exports to US