Virtual pipelines can be used for gas transportation

Virtual pipelines can be used for gas transportation

LNG, CNG may be transp­orted throug­h road and rail as being done in many countr­ies
By SYED AKHTAR ALI
Published: July 15, 2019
Tweet Email 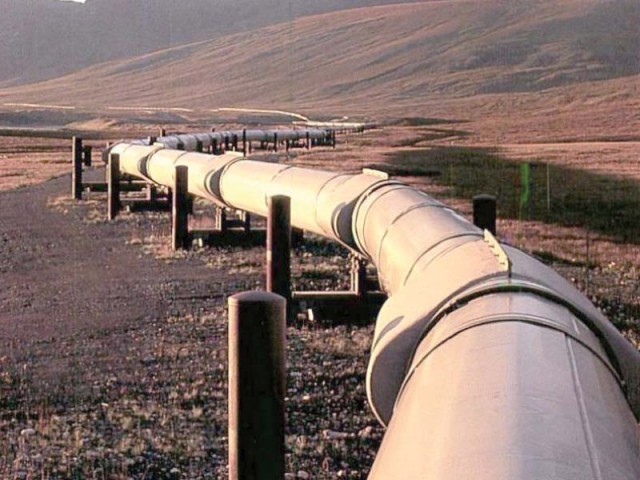 ISLAMABAD: Oil whether crude or finished products has been transported with ease in normal bowsers and trucks. This has not been the case with natural gas as it is too light.

Gas pipelines have been used for transporting gas. Often there are far-off areas with lesser demand to which expansion of gas network may not be economical. Also, there are small gas resources in far-off areas including biogas which are not transportable through the gas network.

There are non-pipeline methods of gas transportation, now being widely used in many countries. There is a potential to introduce the same in Pakistan, which is the subject of discussion in this space. Liquefied natural gas (LNG) and compressed natural gas (CNG) have high energy densities, which are 600 and 200 times respectively of the ordinary natural gas at normal temperature and pressure, and thus are good candidates for road and rail transportation through trucks and wagons.

LNG is a chilled gas (at minus 160 degree Celsius) and requires heavily insulated tanks/tubes that are mounted on trailers. Fortunately, highly efficient and effective material and methods are now available, which make this possible without causing energy loss or creating insurmountable safety issues.

LNG can be transferred directly in liquid form without regasification to LNG bowsers and transported to points of consumption. Regasification facilities, however, have to be installed at the user end. This requires space and capital, which is not normally excessive.

There are proposals in Pakistan by private parties to introduce this system for CNG and industrial users. Expensive LPG currently being used in LPG-air mix plants can also be substituted by LNG.

Conversely, some gas resources and fields are too small and thus remained stranded. In oil fields, there is associated gas which is flared into the atmosphere, causing environmental damage and resource loss. Such gas resources are liquefied through mobile skid-mounted or even stationary liquefaction plants and the chilled gas is transported to end-users directly or supplied to the gas utility.

CNG transportation through trucks has been in vogue for a longer period than LNG transportation. CNG cylinders of the same size as are installed in CNG stations or even large ones are interconnected and a booster is installed as well. There are even longer tubes of truck length that are utilised.

The limitation is on diameter and not on length. CNG is filled in cylinders at some suitable station (called mother stations) and transported to CNG stations (called daughter stations), which do not have gas supply. Such CNG trucks themselves are used as mobile CNG stations in which dispensers are also installed.

CNG can also be transported to areas where gas supply is not available. Local grids are connected directly to these CNG trailers and gas is released as per requirement.

CNG has been under controversy as CNG station owners have been perceived to be big stealers of gas. It may or may not be true. Gas stealing by CNG stations and other large commercial consumers can be controlled through mother-daughter concept, although there are other ways to control the same. In Pakistan, such mother-daughter system has not been installed yet. This system can bring in a wholesale CNG supply business. Commercial land cost in busy areas is high. Daughter stations not requiring compression facilities need much less space. Mother stations can be set up in cheaper land areas and possibly connected with high pressure pipelines, thus providing a cheaper solution.

However, transportation cost is an addition, which will determine the suitability of this system. In India, this system is very popular.

Public transport or large fleet operators can benefit from this system. High pressure stations called SMS in our terminology have high pressure gas at 1,000-1,500 psi. CNG is at 3,000 psi. A compressor with a doubling or tripling ratio can be installed at such stations and CNG can be filled with very economical electricity consumption and thus lower cost.

Normal CNG compression requires 20 times compression and this only 2 or 3 times compression. It should result in proportionally lesser electricity consumption. Large urban areas in the country like Karachi, Lahore, Rawalpindi, Multan, Peshawar, etc can benefit from such a system; needless to say that a high political dividend can be reaped through the installation of such systems.

Pakistan is an agricultural country producing abundant bio-waste. Also, it is the fifth largest milk producer with proportional ranking in the population of milk animals, which produce dung – an ideal ready material for bio-gas.

In Pakistan, programmes for small family-size biogas plants have been promoted, which should continue. However, much waste material still goes unutilised or under-utilised. Commercial-scale biogas can be produced in far-off agricultural areas. Local grids can be installed where feasible.

Commercial biogas production is common in many countries of Europe and is even pumped into the standard gas grid after necessary processing. There is a target in Europe to supply 20% of gas requirements through biogas. In India, bio-CNG has become popular and is cheaper than normal CNG.

Biogas and bio-CNG have become generally competitive in the wake of high LNG prices. Landhi Cattle Colony in Karachi appears to be an ideal location for installing mother CNG supply stations.

Oil fields produce associated gas which sometimes is not in industrial quantities and is normally flared. There may be opportunities to utilise this waste. There is a flared gas utilisation policy issued lately in 2016. In certain situations, where no commercial use or user is found, the flared gas can be diverted and put at the disposal of the government free of cost.

Flared gas can be used in direct burning, possibly without much processing, if it is not required to be pumped into the gas grid. Industrial boilers and possibly home cookers can use this gas. Above virtual pipeline methods can be used in this case.

CNG can be made more competitive through methods discussed above. With the new gas tariff and rupee depreciation, economics has become topsy-turvy. One has to wait until things stabilise to make final judgment in this respect.

The writer is the former member energy of the Planning Commission