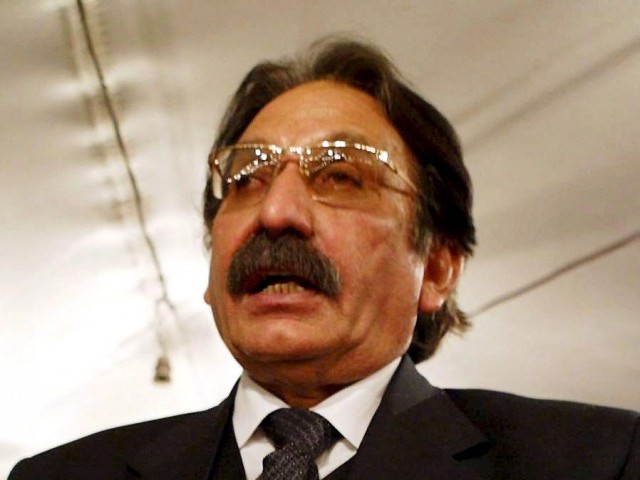 ISLAMABAD: The International Centre for Settlement of Investment Disputes (ICSID) has announced a massive $5.976billion (Rs944.21 billion) award against Pakistan in the Reko Diq case- yet another instance where the verdicts of the former top judge Iftikhar Muhammad Chaudhry have cost the country dearly.

The penalty slapped on Pakistan is one of the biggest in ICSID’s history.

The international tribunal on Friday issued a 700 page ruling against Pakistan. Sources told The Express Tribune that the ICSID had awarded a $4.08 billion penalty and $1.87billion in interest along with $62 million in compensation for the cost incurred in the litigation process.

However, Pakistan has decided to challenge the award “very soon” by filing a revision application, the sources added. The application may take two to three years to decide.

The sources also say that Prime Minister Imran Khan was informed about the penalty on Friday. The complainant, the Tethyan Copper Company (TCC), said it was still willing to reach an agreement with Pakistan.

“We will continue to protect our business interests and legal rights until this dispute is concluded,” TCC Chairperson William Hayes, said after the ICSID’s announcement.

The Reko Diq mines in Balochistan are part of the Tethyan Magmatic Arc, a mineralized belt that runs through Iran, Afghanistan and into Pakistan.

The TCC had initially claimed $11.43 billion in damages for the termination of their contract but Pakistan’s incumbent legal team was able to restrain the sum to $4.08 billion.

In 2012, the TCC filed a claim for international arbitration before the ICSID of the World Bank. The litigation carried on for seven years. Former chief justice of Pakistan (CJP) Iftikhar Chaudhary’s judgement in the Reko Diq case was the first in previous government’s tenure. The current Pakistan Tehreek-e-Insaf (PTI) has already spent $10 million as legal expenditures on this case.

Many senior lawyers have been critical of the former CJP’s judgements which in the ensuing years have caused trouble for policymakers and concerns for international investors.

“Why would an international investor come to the country when your courts are passing judgements without considering the prevailing circumstances?” a senior lawyer remarked to The Express Tribune.

The country is already facing a $900 million ICSID penalty in the case of Turkish company Karkey’s rental power project contract, which was terminated on the orders of an apex court bench led by Chaudhry.

The then-National Accountability Bureau (NAB) prosecutor general, KK Agha, was able to settle the issue with Karkey in 2012-13, but the former CJP rejected the efforts and warned that strict action will be taken against NAB officials in case of any settlement with the Turkish company.

It is also believed that the former CJP’s verdict in the Pakistan Steel Mills case severely damaged the privatisation process of the country.

A government official told The Express Tribune that Chaudhry had caused immense harm to the country by deciding matters that were beyond his comprehension.

Attorney General for Pakistan (AGP) Anwar Masood Khan has already proposed to the federal government to form a commission for holding court verdicts responsible for the penalties worth billions of rupees that Pakistan faces at international tribunals.

A senior official revealed that the “misstatement” of scientist Dr Samar Mubarakmand before the tribunal was one of the main reasons behind the ICSID slapping the heavy penalty on Pakistan.

Dr Samar had claimed that the Reko Diq gold mines would fetch the country around $2.5 billion annually. He had also maintained Reko Diq and other gold reserves in the country will bring in $131 billion to the national exchequer. The tribunal relied on his statement.

During the tenure of the Pakistan Muslim League-Nawaz government, then AGP Salman Aslam Butt had hired an international firm, Alen and Avery.

However, Alen and Avery was unable to find evidence of corruption in the contract between Pakistan and the TCC. Later, ex-AGP Ashtar Ausaf Ali engaged an American firm, GST, in the quantum stage. The firm was successful in terms of damage control. Only $1 million was paid to it. The firm raised 11 arguments of which seven were accepted at the quantum stage.