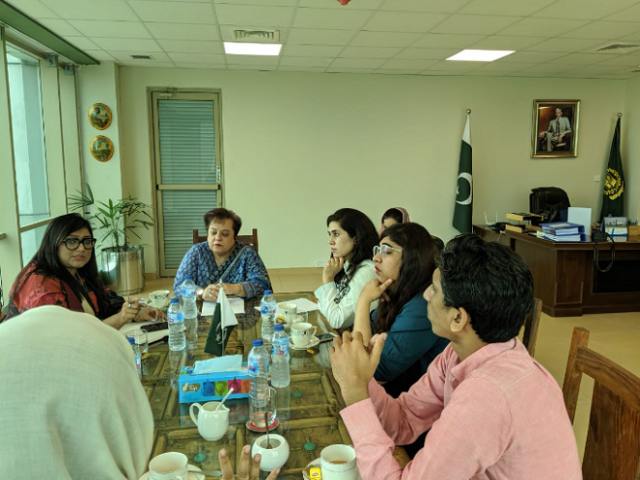 “A delegation of The Coalition For Women In Journalism’s Pakistan Chapter met Dr Mazari to present a resolution for the protection of media workers in the country, particularly women journalists,” said an official statement issued on Thursday.

The CFWIJ shared a list of action items and steps that are needed to help address the current climate of abuse, fear and censorship prevalent in the industry, it added.

Met with the coalition for Women in Journalism & condemned the abuse & harassment along with threats being faced by women journalists as well as journalists generally. If any one has broken the law they should be dealt with according to the law. 1/2 pic.twitter.com/Z44vwb5zNU

2/2 vilification of women journalists who already work under difficult circumstances is simply not acceptable. Fake news has to also be dealt with under ambit of the law but nothing justifies humiliating, abusing & threatening violence ag journos, esp women, and their families.

The organisation urged the government to launch an investigation against perpetrators of online and offline attacks.

“It is imperative that there be accountability against such vicious attacks,” according to the communique.

For the record PM IK has always taken a strong and clear position against abuse, use of filthy language & violence against women, including journalists and is on record condemning the same. We have been victims of abuse & can never condone such behaviour.