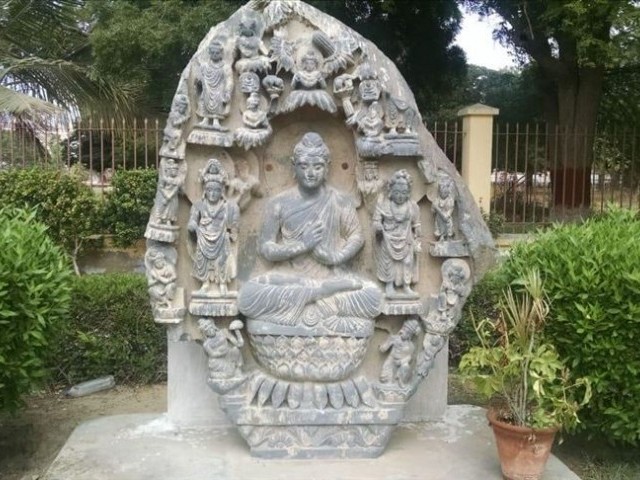 KARACHI: Pakistan is just 70 years old, but it is situated in a region that had been home to the centuries-old civilisations like Mehrgarh, Indus Valley and Gandhara.

The country hosts scores of archaeological sites — dated back to 8,000 years — many of them revered for not only the followers of the world’s three major religions — Buddhism, Sikhism and Hinduism — but also from some pre-historic religions such as Aryan, Barhaman, ancient Iranian and Greek religions.

However, Pakistan has failed not only to preserve and protect its corroding architectural treasure by the ravages of time but also to curb the widespread theft and smuggling of ancient artefacts. 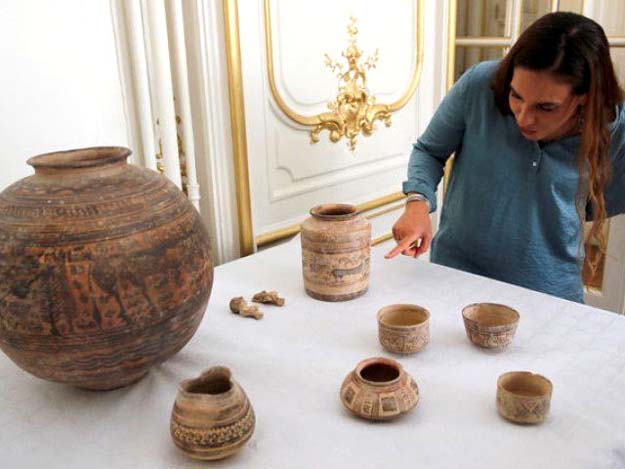 Archaeologist Aurore Didier points to some artifacts amongst the 486 artefacts from the 2nd and 3rd millennium BC which were seized by French customs between 2006 and 2007, before being returned by French authorities to Pakistan, during a ceremony at the Embassy of Pakistan in Paris, France, July 2, 2019. PHOTO: REUTERS

Balochistan is home to 8,000-year-old Mehrgarh civilisation and Khyber-Pakhtunkhawa (K-P) province hosts 70% of the sites in the country sacred to Sikhs and Buddhists have long been suffering from illegal antiquities trade.

“Pakistan has already lost an uncountable chunk of its repository of ancient artefacts in recent decades through a systematic process of theft and smuggling,” Yar Jan Badini, a Quetta-based archaeology researcher said.

“This has not only caused a colossal loss to the country financially but has also made it harder for anthropologists to tell us about the lives of people who lived here,” he added.

Last week, France returned some 486 stolen artefacts to Pakistan including ancient busts, vases, urns, bowls and goblets with an estimated value of $157,000, according to the Foreign Ministry. 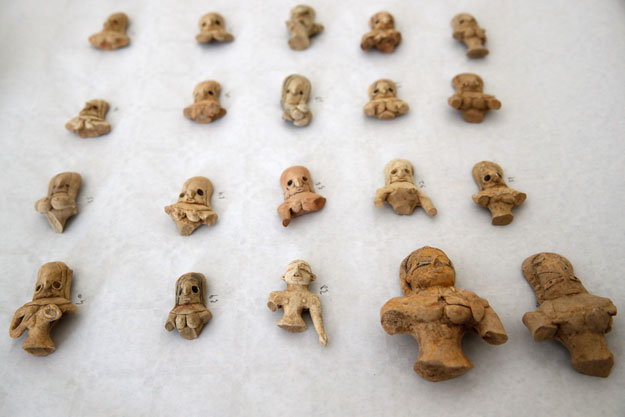 The rare artefacts dating back to second and third millennium BC., were stolen and smuggled from Pakistan to France and seized by French Customs at Paris Airport during 2006-7, the ministry said.

The most unfortunate part of the already irreparable damage is that the government has no figures or record of stolen treasure.

Zafar Buledi, secretary of Balochistan’s Culture and Archaeology Department, too admits the fact.

“As such we do not have exact figures of the stolen artefacts from the province,” he said, adding that the federal government had transferred the archaeology-related affairs to the provinces in 2014 following a constitutional amendment, however no such record or figures were provided.

Samad vindicated Buledi’s view saying the provincial government had no record or estimates of stolen and smuggled objects.