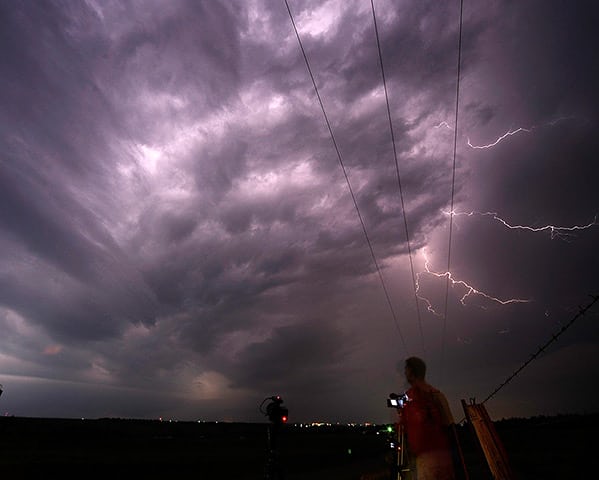 The weather system, which has already caused major flooding in the low-lying city, is expected to reach hurricane strength Friday or early Saturday when it nears Louisiana's coast, according to the National Hurricane Center (NHC). The NHC noted that sustained winds had increased to 50 miles (80 kilometers) per hour, with higher gusts, and the storm will bring "life-threatening flooding" to coastal and river areas.

With Barry just 90 miles (145 kilometers) from the mouth of the Mississippi River, Governor John Bel Edwards declared a state of emergency and two parishes, as counties are known in Louisiana, called for mandatory evacuations in some locations.

The southern state was bracing for what Edwards said could be "an extreme rain event" that impacts "a huge portion" of Louisiana.
LaToya Cantrell, Mayor of the city known for its Mardi Gras and jazz, warned residents to review their emergency plans and supply kits and to stay updated with the latest forecasts.

President Donald Trump tweeted his concern to "everyone on the Gulf Coast," imploring them to prepare their homes for the storm and heed the directions of federal, state and local officials."Please be prepared, be careful, & be SAFE!" he wrote.

Louisiana is facing an extraordinarily dangerous confluence of conditions, according to experts. The level of the Mississippi River, already swollen from historic rains and flooding upstream in the nation's Midwest, was at 16 feet (4.9 meters) in New Orleans late Thursday, one foot shy of flood stage.

With storm surges from the Gulf projected to reach two to four feet, the Mississippi has the potential to breach the 20-foot-high levee system protecting the city of 400,000.

The NHC said the center of Barry will be near the central or southeastern coast of Louisiana Friday night or Saturday. The NHC has upped its projections of Barry's rainfall totals to 10 to 20 inches (25 to 50 centimeters), with up to 25 inches in some areas, including just south of Louisiana's capital city Baton Rouge.

"Flash flooding and river flooding will become increasingly likely, some of which may be significant," the NHC said. Despite the dire warnings, downtown New Orleans exuded a mix of preparation and relaxation as skies cleared for much of Thursday.

By late afternoon, strong steady winds were buffeting the city where some store owners laid sandbags or boarded-up window fronts, while tourists lounged in cafes, snapped photographs of the swollen river and bought street art.

"I'm a little nervous," admitted Lorraine Jones, who was visiting from Charlotte, North Carolina to attend a sorority convention.
"Right now I feel safe, but if push comes to shove, we'll make a move," she told AFP.

In 2005, Katrina -- the costliest and deadliest hurricane in US history -- submerged about 80 percent of New Orleans as its flood defenses gave way.

Best remembered for the devastation wreaked on the city known as The Big Easy, Katrina also pounded other parts of Louisiana as well as Mississippi and Alabama, leading to about 1,800 deaths and inflicting more than $150 billion in damage.

If the storm becomes a hurricane as anticipated, it would be the first of the Atlantic season, which runs from June through November.
Crews from the state's transportation department erected barricades in New Orleans and cleaned out ditches and other debris ahead of the expected deluge. A hurricane warning is in effect for a wide swath of the Louisiana coast.

Residents in some parts of New Orleans, which is under a tropical storm warning, waded through calf-deep floodwaters following Wednesday's intense rains and cleared debris from their lawns.

Pedi-cab driver Grace Hack, 25, said she was keeping one eye on the river level and struggling to decide whether to stay or retreat to Atlanta with friends."It seems like today is the window for decision-making and evacuation," she said.

The governor has authorized the mobilization of up to 3,000 members of the National Guard.