At least six dead in suicide blast at Afghan wedding

At least six dead in suicide blast at Afghan wedding

Days after histor­ic talks betwee­n Afghan reps and Taliba­n wrappe­d up as part of a US-led effort to end the war
By AFP
Published: July 12, 2019
Tweet Email 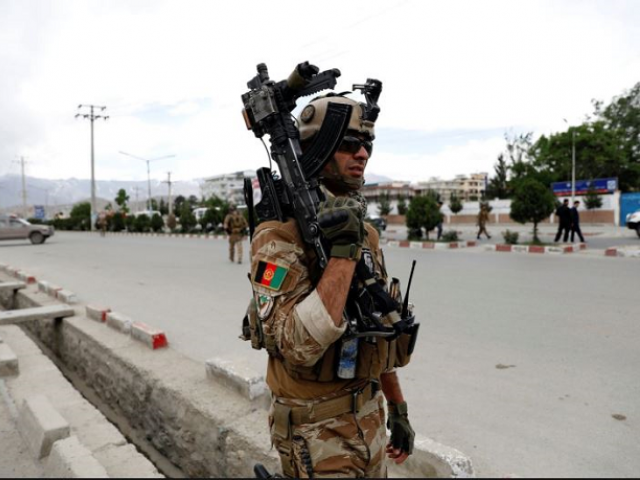 JALALABAD, AFGHANISTAN: At least six people were killed and 14 wounded Friday when a suicide bomber attacked a wedding ceremony in eastern Afghanistan, an official told AFP.

The Taliban, who have pledged to try to reduce civilian casualties, denied responsibility for the blast in Nangarhar province.

The area is home to other insurgent organisations including the Islamic State group, who have carried out previous attacks.

“This morning at 8:00 am (0330 GMT), a suicide bomber detonated himself at a wedding ceremony … in Pachiragam district,” Attaullah Khogyani, the Nangarhar governor’s spokesperson, told AFP.

He said six people had been killed and 14 wounded, a change from an earlier toll of five dead and 40 wounded.

“All the villagers were gathered for a wedding ceremony,” said witness Saleem Jan, who was himself a guest and who was wounded in the blast.

Speaking to AFP from hospital, he described confusion as the bomb exploded and people began running.

“I didn’t know what happened,” he said. “When I turned my face I saw dozens of people were wounded, lying on the ground.”

The explosion comes just days after historic talks between Afghan representatives and the Taliban wrapped up as part of a US-led effort to end the war.

At the conclusion of the two-day summit in Doha, parties unveiled a joint resolution pledging a “roadmap for peace” in which they sought to reduce civilian casualties to “zero”.