IS claims respon­sibili­ty for the bomb attack
By AFP
Published: July 12, 2019
Tweet Email 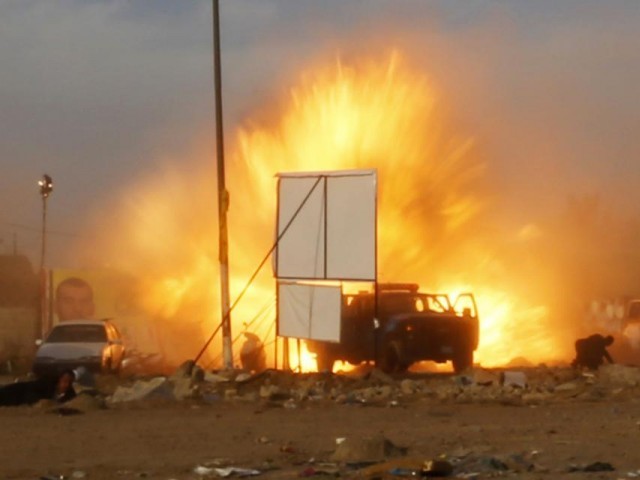 A car bomb detonated near a church in the Kurdish-majority city of Qamishli in northeast Syria on Thursday wounding several people, according to an AFP journalist and state media, as the Islamic State group claimed responsibility.

The metal gate of the church was slightly dented by the blast, but the building otherwise emerged intact, the correspondent said.

IS claimed responsibility for the attack — which Syrian state television said wounded 11 people and damaged nearby cars — and said they were targeting a gathering of “belligerent Christians,” according to communications intercepted by the SITE intelligence group.

The Syrian Observatory for Human Rights, a Britain-based monitor, said seven people were wounded, and that three among them were in a critical condition.

Last month, a car bombing near Kurdish security offices in the same city wounded seven civilians, including a child, the Observatory said.
Syria’s Kurds have led the US-backed fight in the war-torn country against the Islamic State group, which continues to claim attacks despite its territorial defeat earlier this year.

These have included arson attacks on wheat fields and deadly car bombs.

The jihadist group still maintains a presence in the country’s vast Badia desert, as well as in areas controlled by the Kurdish-led Syrian Democratic Forces in the country’s northeast and east.

The SDF, backed by the warplanes of a US-led coalition, announced the end of the group’s self-proclaimed “caliphate” in March in Syria’s far eastern village of Baghouz.

Syria’s war has killed a total of more than 370,000 people and displaced millions since it started in 2011 with the repression of anti-government protests.