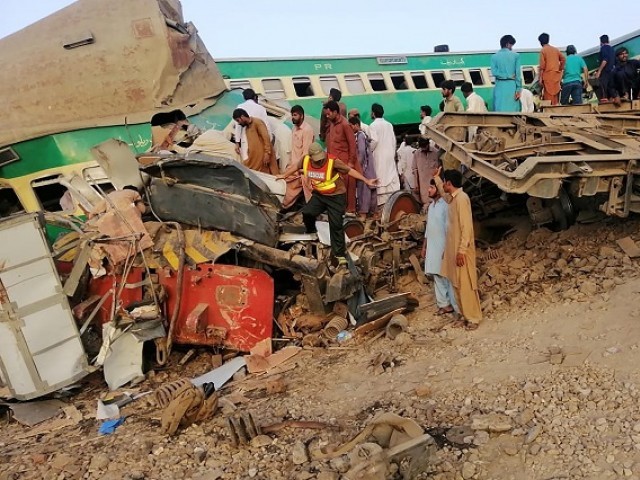 The death toll from the deadly train crash at Sadiqabad climbed to 24 on Friday as Railways Minister Sheikh Rashid claimed that the collision was the result of human negligence.

Rashid, speaking to a private news channel, said that an inquiry report of the incident will be finalised today and those found responsible for the mishap will be held accountable.

The impact was so strong that several compartments of Akbar Express went off the rail while the locomotive suffered substantial damage, according to officials.

Train accidents are common in Pakistan, where the railways have seen decades of decline due to corruption, mismanagement and lack of investment.

6 of a family killed in Swat avalanche