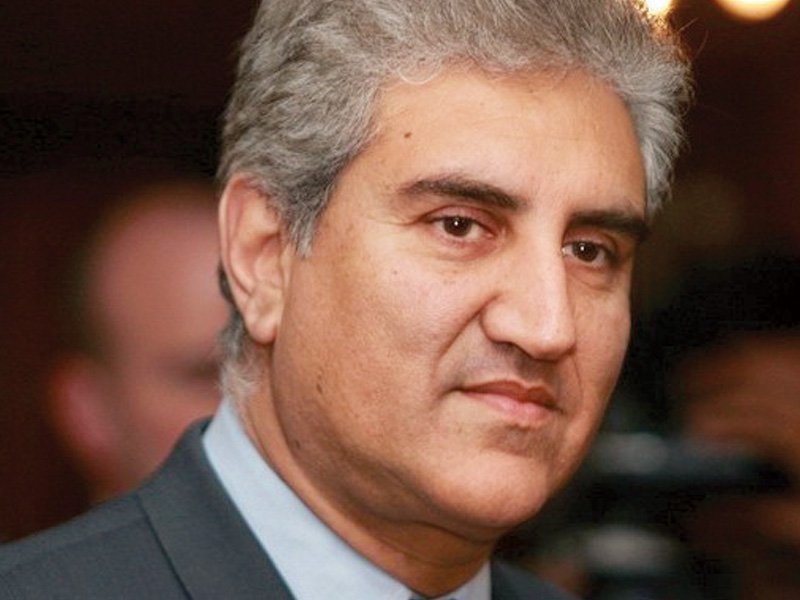 LONDON: Foreign Minister Shah Mehmood Qureshi has said durable peace could not be achieved in the South Asia region without resolving the Kashmir dispute.

“The situation in Indian occupied Kashmir (IOK) is worsening day by day, while India is hesitant about holding talks with Pakistan and not ready to resolve the Kashmir issue,” Qureshi said Thursday said while addressing a press conference at the Pakistan High Commission in London.

Qureshi is currently visiting the UK to participate in the Commonwealth Foreign Affairs Ministers meeting 2019 convened to celebrate 70th anniversary of London declaration, which marked the creation of Commonwealth Nations.

The minister said India wants to weaken Pakistan economically. Like the first UN human rights report on the IOK, the second one also highlights gross rights violations in the occupied valley.

“Another 507-page report by civil society in India has highlighted the excessive use of force and gross human rights violation in India,” he said.

Qureshi said he told the Commonwealth that there is democracy in Pakistan and power was smoothly transferred from one civil government to another for the third consecutive time in August last year.

“Observers from the Commonwealth and the European Union, in their reports, have declared the general election 2018 free, fair and credible. This is a good sign for democracy in Pakistan, where democracy and democratic institutions are strengthening.”

He said there is confusion in the West about the status of women in Pakistan and it wants to know whether they are enjoying their rights or not. “Women rights in the country are protected through legal interventions,” he said.

He said he told the Commonwealth meeting that 86 women are members of Pakistan’s National Assembly and 18 are part of the Senate. There are 139 elected female lawmakers in four provincial assemblies of Pakistan.

Qureshi said women enjoy equal opportunities in all fields of life. They are actively participating and excelling in the civil services examinations and working as professional lawyers, judges, doctors, engineers and also in many other fields.

The minister said Pakistan Tehreek-e-Insaf government has launched ‘Ahsas Programme’ for the uplift of poor segments of the society. Through the programme, the people would be able to stand on their own feet economically and come out of poverty.

“I also told the Commonwealth meeting that Pakistan has hosted a large number of Afghan refugees for decades and is still serving them despite its limited resources,” he said.