Workin­gs in IMF report reveal rupee will lose over 27% due to weak econom­y
By Shahbaz Rana
Published: July 11, 2019
Tweet Email 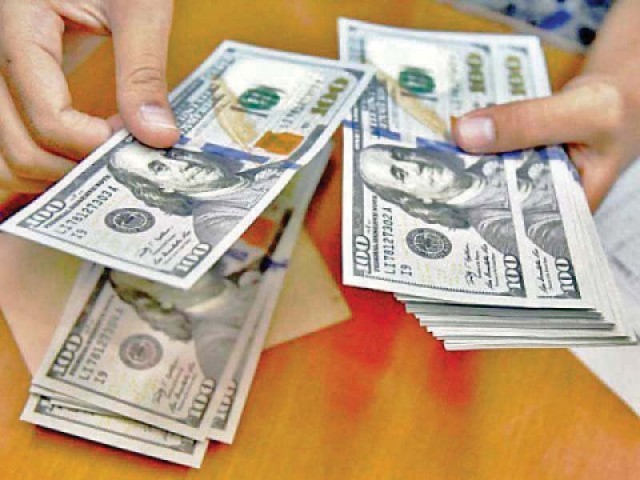 Due to steep currency devaluation, the size of Pakistan’s economy will be $312 billion at the end of PM Imran Khan’s term -a threshold that the country had once achieved in 2017. PHOTO: FILE

ISLAMABAD: The International Monetary Fund’s (IMF) underline assumptions suggest that the average exchange rate at the end of this fiscal year could be Rs172.53 to a dollar – a depreciation of over 27%, due to weak macroeconomic fundamentals, reveals a latest report of the global lender.

In its staff level report, the IMF has not explicitly stated the exchange rate of Rs172.53 to a dollar. But a backward working on the basis of current account deficit projections show that rupee would keep losing its value under the IMF programme and beyond it.  The average exchange rate of Rs172.53 to a dollar by June 2020 means that the year-end rupee-dollar parity would be over Rs188 to a dollar, said an independent economist who wished to remain anonymous.

The Rs172.53 to a dollar average exchange rate would stoke the inflation that the IMF has estimated at 13%. The means that the annual inflation rate in this fiscal year is expected to soar to 18%.

Neither the spokesman of the finance ministry nor the central bank spokesperson commented for this article.

The Express Tribune has worked out the value of the rupee from fiscal year 2019-20 to fiscal year 2022-23 – the last of the PTI government, on the basis of current account deficit projections that the IMF has given for five years in the staff level report. The average exchange rate that at the end of the fiscal year 2018-19 was Rs135.4 to a dollar has been assumed at Rs198.8 in fiscal year 2022-23 by the IMF. Against the average annual Rs135.4 rupee-dollar parity, the actual rate was Rs157 to a dollar by end of June.

IMF’s assumptions show a depreciation of Rs63.4 to a dollar or 47% in four years (2019-2023). The total loss in the value of the rupee in five years would be Rs78 or 64%, if the IMF assumptions are correct. The maximum depreciation is assumed in this fiscal year.

A “flexible market-determined exchange rate and tightening monetary policy by another 1.5%” were the prior actions for qualifying for the IMF programme. However, the IMF has a reason to believe that an overvalued exchange rate was harmful for Pakistan’s economy.

The IMF said that defence of an overvalued exchange rate fuelled the current account deficit to 6.3% of GDP in fiscal year 2017-18. The gross official foreign exchange reserves held by the State Bank of Pakistan (SBP) were less than $6.8 billion. However, after excluding the liabilities, the IMF said that Pakistan’s net reserves were negative by $16.8 billion by June 2019.

The IMF said that upfront adoption of difficult measures, such as the move to a flexible market-determined exchange rate on May 16, 2019 and adoption of a very ambitious budget are testament of Pakistan’s commitment to economic reforms.

In its report, the IMF has cautioned that the PTI government’s upfront efforts like exchange rate flexibility, fiscal consolidation and tariff adjustments in particular, may be received with strong backlash from vested interests and the wider population as the benefits may not be immediately obvious. Pressures to reverse policies may quickly emerge, which must be resisted to allow reforms to take hold and restore confidence, said the global lender.

For the last year of the PTI government, the assumptions suggest that average exchange rate could be Rs198.8 to a dollar with 3.7% annual average depreciation. The size of the economy could be $312.3 billion – a threshold that the PML-N had left behind but was lost due to steep devaluation. In rupee terms, the economy can grow to Rs68.4 trillion.