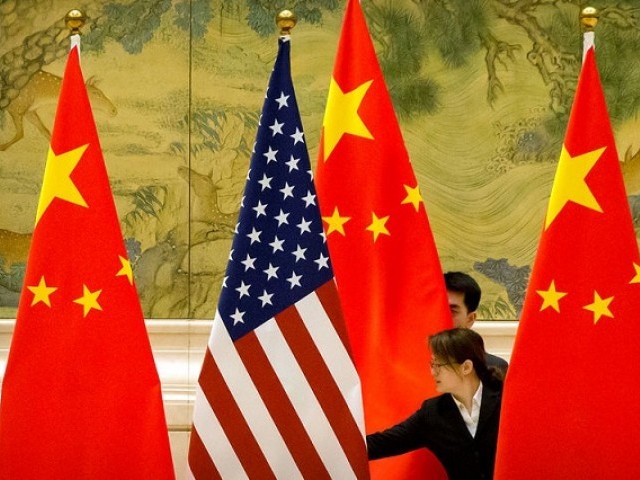 The top US and Chinese negotiators held phone talks on Tuesday as the world’s top two economies seek to resolve their trade war, more than a week after they declared a truce.

Talks had broken down in May over US accusations that Beijing had reneged on its commitments, and the dispute escalated with the two sides exchanging steep increases in punitive tariffs.

But US President Donald Trump and Chinese leader Xi Jinping agreed to revive negotiations when they met on the sidelines of the G20 summit in Japan on June 29.

White House economic adviser Larry Kudlow told reporters the talks “went constructively” but it was “too soon for details.”

In an interview with the Fox Business Network, Kudlow described the discussions as “preliminary” and said meetings will “probably” be arranged, but did not give more details.

Kudlow noted that Trump has agreed to hold off on imposing new tariffs and will allow certain US products to be sold to Chinese telecom giant Huawei.

“Having said that, we have a very strong — I want to underscore this — a very strong expectation that China will really shortly, maybe immediately, begin to purchase US agricultural products,” he told the US broadcaster.

The Chinese commerce ministry said in a brief statement that the two sides exchanged “opinions on implementing the consensus reached between the two countries’ heads of state in Osaka.”

Washington and Beijing have hit each other with punitive tariffs covering more than $360 billion in two-way trade and those duties remain in place.

After his meeting with Xi in Osaka, Trump said he would refrain from imposing tariffs on more Chinese products. He had previously threatened to put punitive duties on an additional $300 billion in Chinese exports.

He also triggered a backlash in the US Congress by agreeing to soften some US export restrictions on components to Huawei, though Trump stipulated that officials would take care to avoid creating new risks to US national security.

The United States had imposed tough sanctions on the company, whose equipment US officials fear could be used as Trojan horses for China’s intelligence services.

The ceasefire comes as the US presidential campaign has started ahead of the November 2020 election.

China says will respond if US escalates trade tension

Asked about speculation that Beijing may be waiting to see how the race plays out, Kudlow said it “would be a very big mistake on their part.”

“I think that kind of thinking would probably do great damage to these trade talks,” he said.

But he suggested that the US was in no hurry to finalize a deal.

“Speed is not an issue, quality is the issue,” Kudlow said. “And so I make no forecast on that and reiterate this view. There’s no timetable, none of that stuff.”