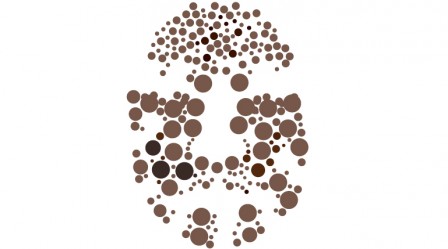 Misconceptions abound on acne among one medical college's students

A survey of Sindh Medical College student beliefs about acne reveals that misconceptions about face washing and the causes of acne are still alarmingly common despite scientific evidence to the contrary. The study, ‘Beliefs and perceptions of acne among a sample of students from Sindh Medical College, Karachi’ was published in the Journal of Pakistan Medical Association this year.

Of the 630 people who took part in the study, 55.9 per cent emerged as suffering from acne and 44 per cent did not have it.

The most significant emotional impact of acne on these medical students was embarrassment (26 per cent). The women were more affected than the men (78.4 per cent and 21.6 per cent), while (44.85 per cent) males and (43.9 per cent) females were non-sufferers.
Sixty-seven per cent of the affected students believed that acne could be relieved by frequent face washing and that they should seek treatment.

Nearly 80 per cent believed a dermatologist should be consulted. Also, 21 per cent of students believed that hereditary factors and 20 per cent thought environmental factors are the major cause of acne. Nearly 30 per cent thought that diet and soft drinks were a major exacerbating factor.

Acne is a skin condition in which too much oil is produced by the glands in the skin. The oil that normally lubricates the skin gets trapped in blocked oil ducts and results in what we know as pimples, blackheads, and whiteheads on the surface of skin. Sometimes it also includes deeper skin lesions that are called cysts.

In Pakistan acne accounts for about one-fifth of all visits to dermatologists and is common in individuals aged 13 to 35 years. Despite the tendency for acne to be treated as a minor ailment, patients with this condition require attention. In the study, out of 352 acne sufferers 53.1 per cent believed hot or sunny weather affected it.
A majority believed that acne was common in oily skin (95.7 per cent) then in dry skin (2.5 per cent) and least of all in normal skin (0.8 per cent), while six students (1 per cent) did not have any idea. Regarding the non-prescription products used, skin cleanser was highly advocated followed by acne creams, but it was disheartening to know that some students still considered it alright to use no treatment at all.

The results of this study showed that unfortunately, a significant number of medical students felt that frequent face washing did relieve acne, which may be due to the misconception that washing face frequently will keep the skin clear and free of oil and dirt. However, experts have proven that washing the face more often does not significantly improve acne.

In fact, dermatologists often warn that over washing and excessive scrubbing can irritate and exacerbate the condition by aggravating the sebaceous glands. Some investigators have found that acne gets worse in winter and improves during the summer. However, the findings of this study were completely opposite as almost half of the students believed hot and sunny weather was the main culprit. Although most students believed stress was a major factor, there is no strong evidence linking the two.

The study said that it was a cause for concern that even though no proven link exists between acne and what you eat, almost all the students believed that diet was a factor. Most students said spicy food or chocolate caused it and others picked junk food and soft drinks. This shows that misconceptions and misinformation is still highly prevalent among the student population despite the high availability of information.

‘Water being stolen and channelled to Punjab’