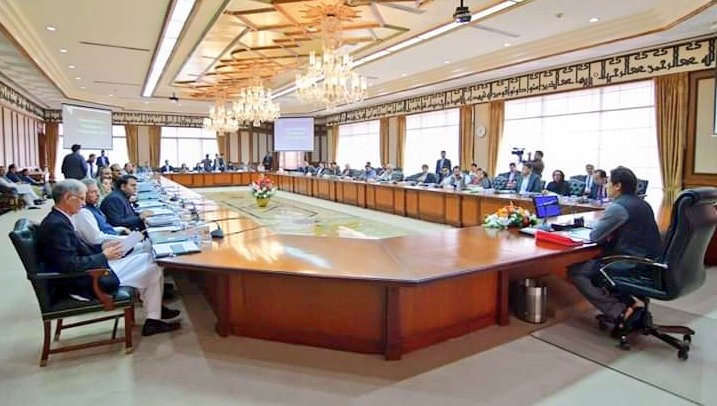 According to the agenda of the meeting, the premier will take the cabinet into confidence over his upcoming visit to the United States.
The cabinet will be briefed on the foreign trips and medical expenses incurred by the head of states and parliamentarians from 2008 to-date.

The meeting will also discuss the on-arrival visa facility for Qatari citizens, while the reconstruction of the Federal Investigation Agency (FIA) will also come under discussion.

The cabinet will approve the transfer of different departments of information division to national heritage division and segregation of company secretary title from chief executive officer for Pakistan Revenue Automation Limited.

The cabinet will review the political situation in the country and its strategy on opposition’s protest.

DRAP for action against illegal marketing of medicines