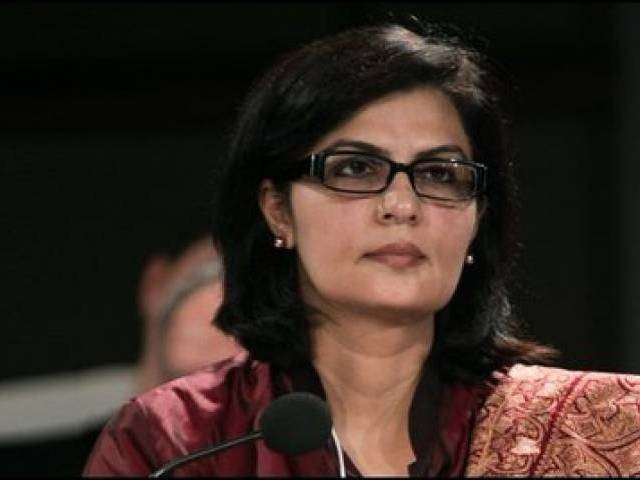 ISLAMABAD: Special Assistant to the Prime Minister on Social Protection and Poverty Alleviation Dr Sania Nishtar on Saturday said 80,000 interest-free loans would be disbursed countrywide among the needy every month under the National Poverty Graduation Strategy to enable them to start their own businesses.

Highlighting the key features of the National Poverty Graduation Strategy under the Ehsas Programme in a press conference here, Dr Nishtar said the interest-free loans would be disbursed in next four years.

As per policy, 50 per cent interest-free loans would be disbursed among females. Dr Nishtar said, “Rs42.65 billion has been allocated for the National Poverty Graduation Strategy programme; however, 16.2 million people will benefit from it and 80,000 people will be provided interestfree loans every month.”

She said the programme would consist of three components, including interest-free loans, skill training and transfer of small assets such as sewing machines, livestock and agricultural equipment to bring the marginalised sector into mainstream.

Ministry of Education and Professional Training would provide skills to the youth. She said over 391 cheque distribution ceremonies had already been held across the country where 86,151 interest-free loans worth Rs3.02 billion were given out to the deserving persons.

She said the programme was comprehensive and multi-dimensional with 115 policies under four pillars, including addressing elite capture and making the government system work to create equality, safety nets for disadvantaged segments of the population, jobs and livelihoods and human capital development.

With the creation of Ministry of Social Protection and Poverty Alleviation Coordination, she said, all the departments, including Benazir Income Support Program (BISP), Pakistan Baitul Mal, Zakaat, Pakistan Poverty Alleviation Fund and Trust for Voluntary Organisations, would work under umbrella of a ministry to address the issues in an efficient way.

Moreover, 28 federal government departments had been interlinked with each other to make it one-window social protection operation to assist beneficiaries of social protection besides reducing duplication, she maintained.

Nishtar said a new policy was being formulated to guide the use of development expenditure by parliamentarians to promote transparency, independent oversight and accountability.

She said the government was committed to making the lives of the people easier by initiating programmes which would pull them out of abject poverty.

She said the government’s anti-poverty programme would be different from the previous programme, which had been marred by corruption and nepotism; however, the government would ensure maximum transparency in its programme that was more integrated and synergised.

The initiative would be executed by BISP and 40 partnering non-governmental organisations, including Rural Support Programme and Akhuwat. She said on July 15, the government would give briefing on Ehsas Programme which would be first of its kind not only within the country but also throughout the world.