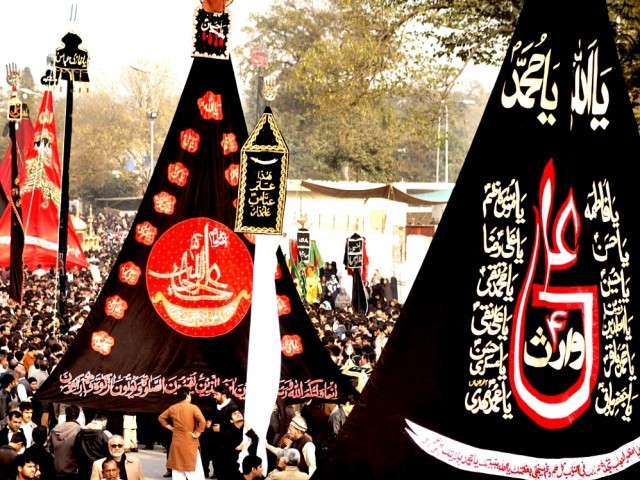 RAWALPINDI: Though two months away, police have started planning security arrangements for Muharram.

“Rawalpindi is a sensitive place and also linked with the federal capital, therefore we cannot afford to allow any incident to happen again,” he said chairing a meeting of police officers.

Even a slight violation of the law during religious ceremonies will not be tolerated, the CPO told the meeting.

“We have sent suggestions to the security branch for the Muharram plan after consultations with SHOs, DSPs, SPs, peace committee, traders and other circles, in that light the final security plan will be formulated,” he said.

The city police chief said that hatred and intolerance between religious sects are the leading cause of violence and at times this hatred can destroy the peace and tranquillity of a society.

In this regard, the police must devise a strategy with other law-enforcing agencies to extinguish any flame of religious hatred, CPO Rana said. He said that the formula of ‘do not leave yours and do not interfere in others faith’ should be adopted by each and every sect.

Organisations which are banned by Interior Ministry should not be activated under any other name. People included in the list cannot conduct activities under any other name otherwise cases will be registered against them under the anti-terrorism act.

Moreover, the CPO said that there are clear orders about the religious processions. The orders state that no procession can be held except the traditional and licenced ones.