PFA offici­al says as much as 1,000kg was being taken from Gujran­wala to Lahore
By Asif Mehmood
Published: July 6, 2019
Tweet Email 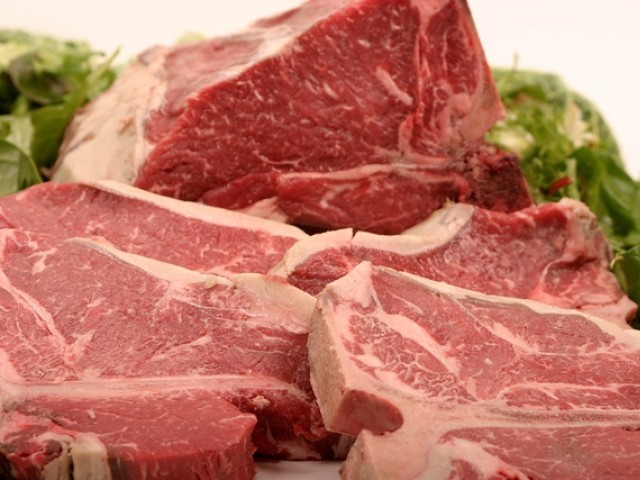 LAHORE: More than 1,000 kilogrammes of contaminated meat, headed for Lahore’s prominent restaurants and marriage halls, was seized during a raid of the Punjab Food Authority. A gang of butchers involved in the practice was arrested by the police after the matter was referred to them by the PFA.

The sale of disease-ridden meat continues in different cities of the province. On Friday, the Punjab Food Authority (PFA) launched a grand operation in Lahore and Gujranwala to put an end to this practice. In the past, several cases involving the sale of meat from sick or decaying animals had been reported. The produce was also reportedly distributed all over the province.

The PFA team sprung into action on Friday and foiled the attempt to sell a large quantity to the city’s upscale eateries and marriage halls. Based on a tip-off, the PFA team conducted raids and had four of the suspects arrested by the police before seizing the meat.

Punjab Food Authority Captain (retd) Director General Mohammad Usman said one of the vehicles had a number plate, while the other was unregistered.  During the operation in Lahore’s Tollinton Market, a truck loaded with 1,000 kilogrammes of contaminated chicken was taken into custody. PFA’s meat safety teams tested the meat on the spot and it was found to be unfit for human consumption.

He added that during inquiry, the arrested suspects confessed that they slaughtered decaying or sick animals to supply the meat to various hotels and restaurants of the city. “After gathering information from the suspects, we are taking measures to take action against the food outlets.”

The authority has sent the meat to the Pakistan Electric and Power Company (PEPCO) to be disposed of at its electric furnace. Cases have also been registered against the accused.

Talking to The Express Tribune, Usman advised people to ensure that any chicken they purchase is slaughtered before their eyes. He added consumers should never buy the meat of previously-slaughtered animals. “The use of dead animal meat causes many fatal diseases,” he warned.

Usman said Punjab Chief Minister Sardar Usman Buzdar had ordered that all resources should be used to provide safe and healthy meat to the masses.

On the other hand, butchers were of the view that contaminated meat was being sold because the government had closed down slaughterhouses. In 2012, all slaughterhouses were shut down in Punjab and replaced with a modern slaughterhouse as well as the Lahore Meat Company in Shahpur Kanjra.

Similarly, around 4,000 small animals are brought to the slaughterhouse on a daily basis, while the number runs into 20,000 in other parts. Usman said decaying animals and chickens have been recovered in recent operations.

Talking about methods to identify contaminated meat, Usman explained that the teams are equipped with a special kit. He added that the meat of big animals is sent to a laboratory for tests.

“However, meat safety teams have also have a lot of experience so they can identity whether the meat is fit for consumption. “They can identity it from the colour and smell. Regardless, action is taken after receive test results. He pointed out that all confiscated meat, which is taken to the dumping site, is incinerated in an eco-friendly manner.