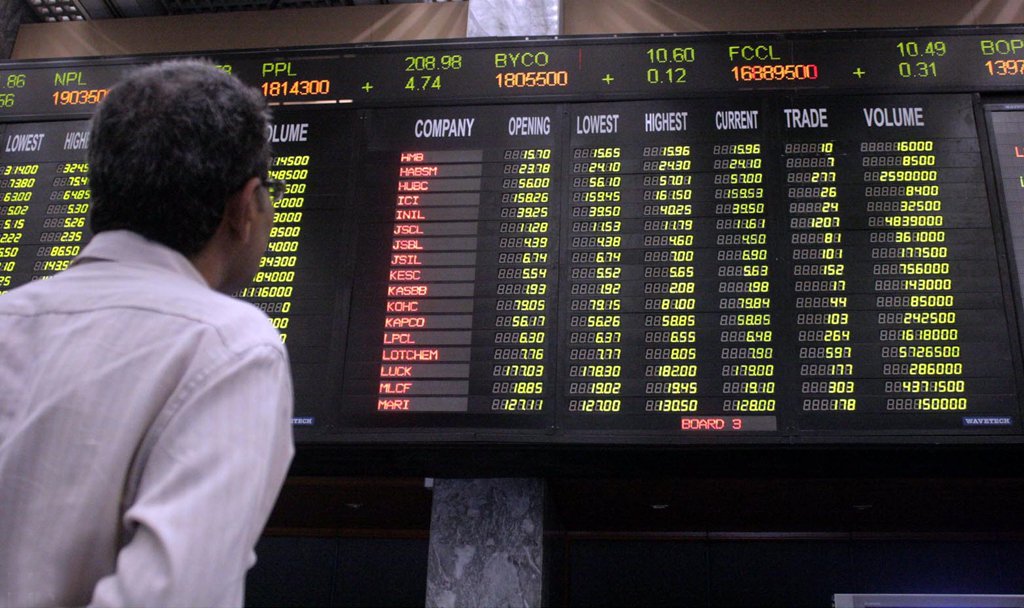 KARACHI: The market reverted to its bearish ways as it lost another 381 points to finish the second successive session in the red.

The KSE-100 index opened on a negative note and continued to lose as interest remained dull. Investors remained on the sidelines, opting to offload stocks amid lack of positive triggers.

JS Global analyst Maaz Mulla said, bears ruled the local bourse where the KSE-100 index made an intra-day low of 508 points before closing at 34,190 (down 381 points).

Volumes remained subdued as only 51 million shares changed hands during the day.

“Going forward, we expect market to exhibit volatility in the coming sessions due to overall ambiguities in the political environment and recommend investors to remain cautious,” Mulla added.

According to AHL Research, the market opened on a negative note and continued the down trend.

Overall, trading volumes decreased to 51.2 million shares compared with Thursday’s tally of 111.9 million. The value of shares traded during the day was Rs1.86 billion.

Shares of 296 companies were traded. At the end of the day, 73 stocks closed higher, 212 declined and 11 remained unchanged.

Foreign institutional investors were net buyers of Rs14.9 million worth of shares during the trading session, according to data compiled by the National Clearing Company of Pakistan.