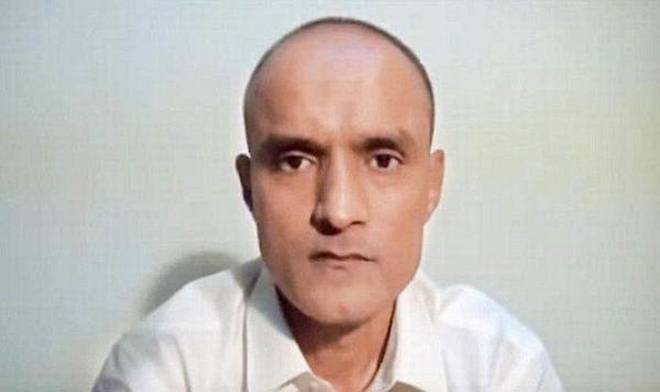 ISLAMABAD  : The International Court of Justice (ICJ) is set to announce on July 17 its verdict in a case concerning Kulbushan Jadhav, an Indian spy who was arrested in 2016 and sentenced to death by a Pakistani military court for fomenting terrorism in Balochistan and Karachi.

“I have the honour to inform Your Excellency that the Judgment of the Court in Jadhav case (India vs Pakistan) will be read in open court on Wednesday 17 July 2019 at 3 pm at Peace Place,” says the ICJ Deputy Registrar Jean-Pelé Fomété in his letter to Attorney General for Pakistan Anwar Mansoor Khan and co-agent of Pakistan before the ICJ, Dr Muhammad Faisal.

Jadhav, a serving commander in Indian Navy working for India’s Research and Analysis Wing (RAW), was arrested on March 3, 2016, from Balochistan. In his subsequent trial at a military court, Kulbhushan Jadhav confessed to his involvement in hatching terror plots against Pakistan.

Army chief General Qamar Javed Bajwa on April 10, 2017, endorsed his death penalty. In June 2017, the Indian spy filed a mercy petition against his death penalty while India approached the ICJ against the conviction. The ICJ stayed his execution.

The legal experts say the ICJ will reject India’s plea to release Kulbhushan Jadhav. However, his conviction may be set aside and he will be allowed consular access.

According to Barrister Taimur Malik, an international law expert, the verdict is expected to be a victory for Pakistan in the sense that the relief, if any, is likely to be limited to granting consular access.

“The Indian media has raised expectations at their end to the extent that their public is expecting an acquittal, which is quite unlikely if not impossible,” he said.

It is going to be for the first time that a 16-judge ICJ bench, led by a Muslim judge Abdulqawi Ahmed Yusuf, would decide whether consular access should be given to a spy or not.

Pakistan former chief justice Tassaduq Hussain Jilani is also an ad hoc judge in this case. India’s Dalveer Bhandari, who is a permanent judge at the ICJ, is also a member of the bench.

Queens Counsel Khawar Qureshi argued on behalf of Pakistan while Harish Salve gave oral submission on behalf of India. During the hearing, India could not explain why Jadhav possessed two passports.

India argued that Commander Jadhav is an innocent businessman who was kidnapped from Iran, brought to Pakistan and tortured to confess that he was a commander in the Indian Navy and working for RAW, India’s primary intelligence agency.

India argued that it was entitled to obtain consular access to Jadhav as soon as his detention was made public by Pakistan on March 25, 2016. India also argued that the trial and conviction of Jadhav for espionage and terrorism offences by a military court was ‘a farce’. It contended that the denial of consular access to Jadhav requires the ICJ to ‘at least’ order his acquittal, release and return to India.

Pakistan rejected all of the Indian allegations. It said the evidence obtained from Jadhav after his arrest and during the criminal process leading to his conviction was amply demonstrating his activities in fomenting terrorism and engaging in espionage within Pakistan.

Islamabad maintained that it would be incompatible with international law for someone sent as a spy/terrorist by a state to be afforded access to officials of that state as New Delhi asserts.

Pakistan also pointed to an express Agreement on Consular Access dated May 21, 2008, between India and Pakistan, which allows each state to consider a request for consular access ‘on its merits’ in a case involving national security.

It said Jadhav was provided with an authentic Indian passport under a Muslim name by the Indian authorities which served as a clear and obvious link between his conduct and the government of India. Such conduct is a blatant violation of international law and should bar any claim for relief from a court.

India refused to reply on this issue and [unconvincingly] describes it as “mischievous propaganda”.

Pakistan noted that in its previous decisions concerning Article 36 of the Vienna Convention on Consular Relations 1963 (which involved death sentences imposed by the US), the court made it clear that it was not a court of criminal appeal and the presence of ‘effective review and reconsideration’ by domestic courts was an appropriate remedy, even if a breach of the right to consular access had been established.

The high court and the Supreme Court provide such review as confirmed by the leading UK-based military law experts.  In addition, India fails to explain why UK-based military law experts are wrong when they say Pakistan’s high court and Supreme Court provide an effective review and reconsideration of the military court process. Confession of the Indian spy is also present in the form of a video message. 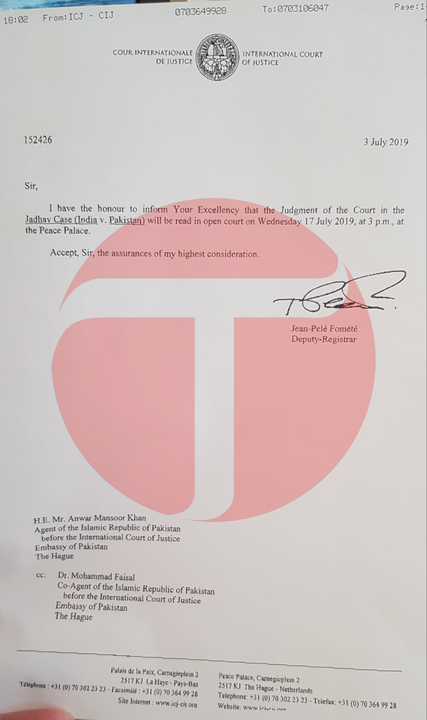