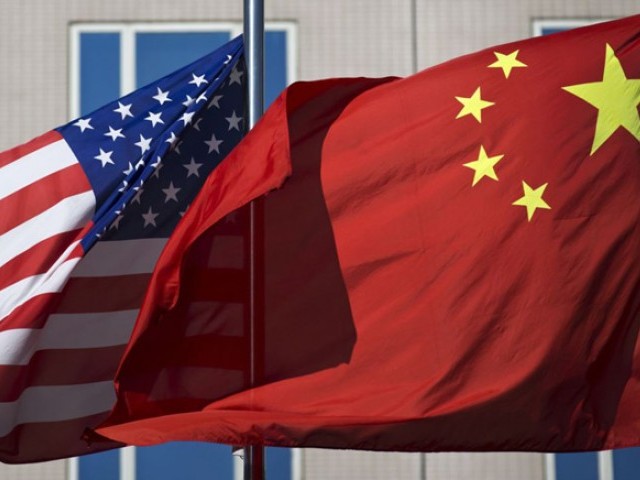 Shortly after meeting with President Xi Jingping at the G-20 summit in Osaka, President Trump announced that China and the United States would resume the suspended trade talks. As a goodwill gesture, Trump locked the new tariffs on Chinese goods for an indefinite period and also pledged to allow the US companies to sell technology and components to Huawei. Earlier at Camp David, the US President argued that tariffs have been “very helpful” in making trade deals.

Trump escalated trade battle with China, hoping for Beijing to crouch down to his demands for structural changes in Chinese trade and tariff practices but his chastising measures to clip the trade deficit with the People’s Republic raised economic woes for the United States too.

But Beijing’s retaliatory actions, in a comeback to Washington’s tariffs on Chinese goods, grimly tweaked the US rural economy. It is for the first time since 2013, the income of the American farmers has plunged by a half and there are increasing number of farm bankruptcies in the states of Illinois, Indiana, and Wisconsin.

China is one of the major buyers of the US soybeans and other agricultural produce. As a result of elongating tiff, soybean prices in the US have descended to the lowest point in a decade. Financial experts arraign Trump’s tariff strategy for the “pretty significant pullback” in the US agricultural goods exports.

Huawei’s addition to the US Entity List, barring domestic companies to sell or export technology and components to world-leading Chinese telecom and smartphone manufacturer, also pitched trepidation in the cliques of US vendors who scaled back orders and drained the stocks, spelling out the trade war.

American manufacturers are apprehensive of Chinese “Unreliable Entities” list to boot, the inclusion to which would irrefutably decline their exports to China. If the precarious trade frictions prevail, it would surely wheeze the US manufacturing jobs, the crux of Trump’s tariffs campaign at China.

Although the employment situation in the United States remained unchanged at 3.6% in May, however the US Department of Labor and Statistics (BIS) said that the number of unemployed persons (less than 5 weeks) jumped by 243,000 to 2.1 million in May — that’s more than 13% in a month. The count also included 1.3 million long-term unemployed persons (those jobless for 27 weeks or more).

Bilateral tariffs are fabricating a handful of downbeat impacts on the economy of China and the United States. They are diametrically increasing the import and export prices — thereby ramming businesses to flourish, employments to expand, and investments to grow consequently shrinking GDP of the two countries.

In a report on costs of tariffs on the US Information and Communication Technology (ICT) industry, Rhodium Group estimated that the US GDP could suffer cumulative losses of as much as $1 trillion in the next 10 years across all tariff escalation scenarios.

If US agricultural exports continue to dwindle, technology companies are constrained to chop their revenue forecasts, GDP is clattering to contract, and most importantly American farmers are writhing and manufacturing jobs are disinclined to return — what Trump has been brawling for?

His trade war rhetoric may be a political gamble to win the US presidential elections yet again but in a highly practical and competitive global market, these kinds of electoral stunts could recoil the economy and national interests of the United States.

In the given circumstances, it is about the right time when Trump should look to decode a trade deal with Xi at the G-20 summit before the conventional trade war breaks into a full-blown technological fray between China and the United States.