Hindu temple reopens in Sialkot for worshippers after 72 years

Hindu temple reopens in Sialkot for worshippers after 72 years 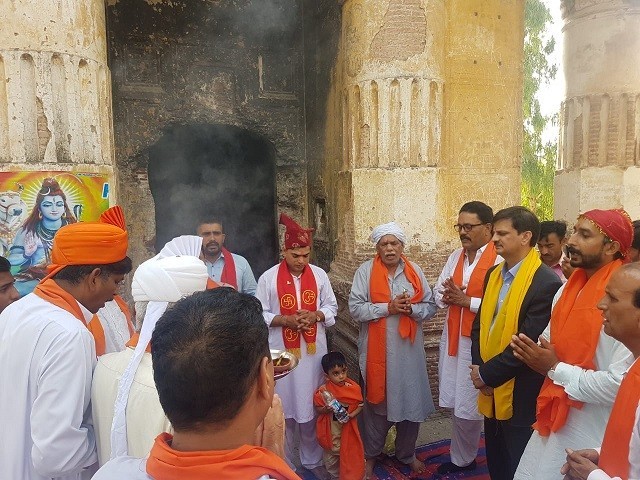 LAHORE: An ancient Hindu temple has once again opened its doors to worshippers after a long gap of 72 years. Shawala Teeja Singh Temple, located on Circular Road in Sialkot, has now been opened for worship.

Reportedly, the temple, which covers an area of one kanal, has not been opened since Pakistan’s independence. On the directives of Evacuee Trust Property Board (EPTB) Chairman Dr Amir Ahmed, Shrines Deputy Secretary Syed Faraz Abbas met the Sialkot deputy commissioner in this connection.

Following this meeting, the temple was opened and inaugurated according to Hindu traditions. Hindu Leader Dr Munawar Chand, Amarnath Randhawa and Pandit Kashi Ram were also present during the ceremony. 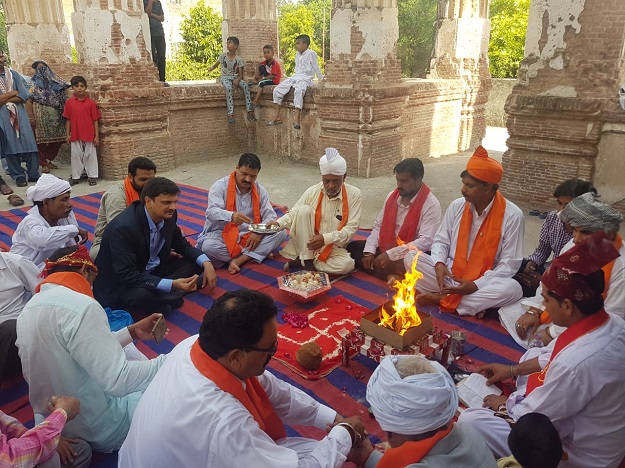 Speaking to The Express Tribune, Syed Faraz Abbas said that the temple has been lying closed since 1947. “For several years, the Hindu community has been demanding that the temple be opened,” he said.

He added that on the directives of Prime Minister Imran Khan and EPTB Chairman Dr Amir Ahmed, the temple has been reopened. Work on restoring the temple will begin after estimating the renovation cost, he said.

Sources added that the statues of Hindu deities will be specially brought in from India. 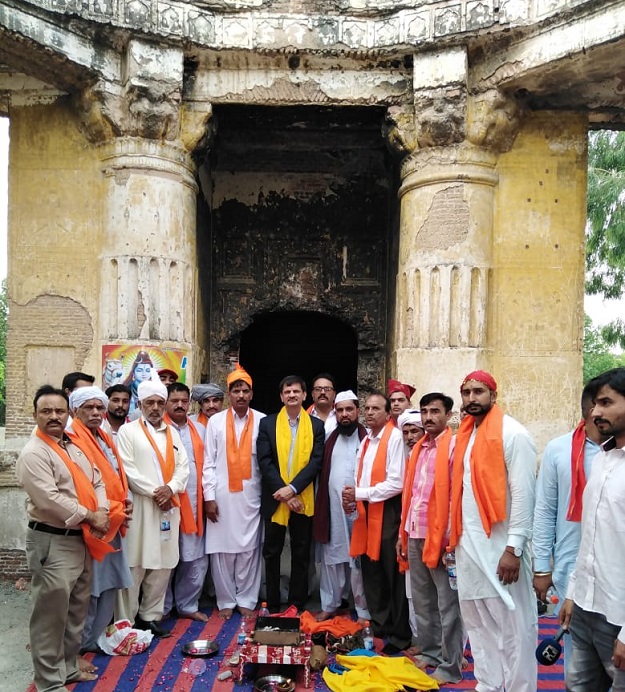 Earlier, a gurdwara dating back 500 years in Sialkot was opened for Sikh pilgrims from India.

Consequently, pilgrims from the neighbouring country can perform their religious obligations at Gurdwara Babe de Ber. Several religious sites in Punjab are visited by Sikhs from several countries including India.

Pilgrims coming from Pakistan, as well as, Europe, Canada and the United States were allowed to visit the gurdwara. However, Indian pilgrims could not, but owing to the efforts of Punjab Governor Muhammad Sarwar, they can now pay their respect at the holy site.