Market watch: Stocks rally ahead of IMF board meeting

Market watch: Stocks rally ahead of IMF board meeting 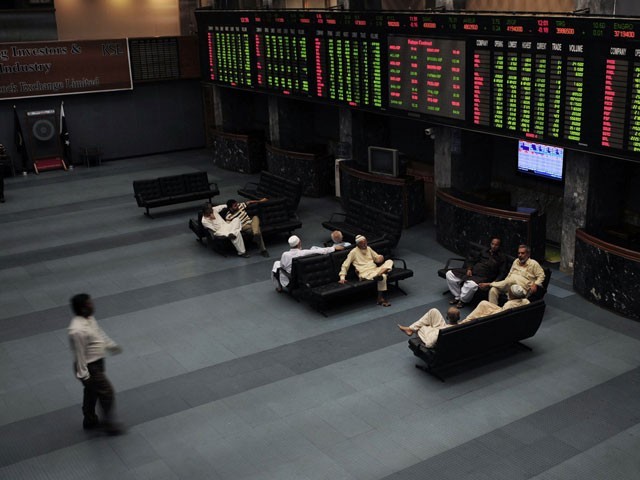 KARACHI: The stock market continued to rally for the third successive trading session on Tuesday, surging past the 34,300-mark ahead of approval of a $6-billion bailout package for Pakistan by the International Monetary Fund (IMF) board.

Despite a bearish start, the benchmark KSE-100 index managed to recover on the back of improvement in the rupee’s value against the US dollar and pending approval of the loan by the IMF Executive Board. Lower-than-expected inflation reading also contributed to the positive trend in the stock market.

JS Global analyst Maaz Mulla said the market remained volatile throughout the session, touching an intra-day low of 77 points and high of 344 points. It closed at 34,307.

“Positivity in the market came at the eleventh hour as buyers jumped in to cherry-pick value buys,” he said.

“Moving forward, we expect the market to remain volatile until the IMF meeting is conducted. We recommend investors to buy on dips,” Mulla said.

Overall, trading volumes increased to 91.2 million shares compared with Monday’s tally of 48 million. The value of shares traded during the day was Rs3.1 billion.

Shares of 307 companies were traded. At the end of the day, 206 stocks closed higher, 77 declined and 24 remained unchanged.

Foreign institutional investors were net buyers of Rs438.5 million worth of shares during the trading session, according to data compiled by the National Clearing Company of Pakistan.