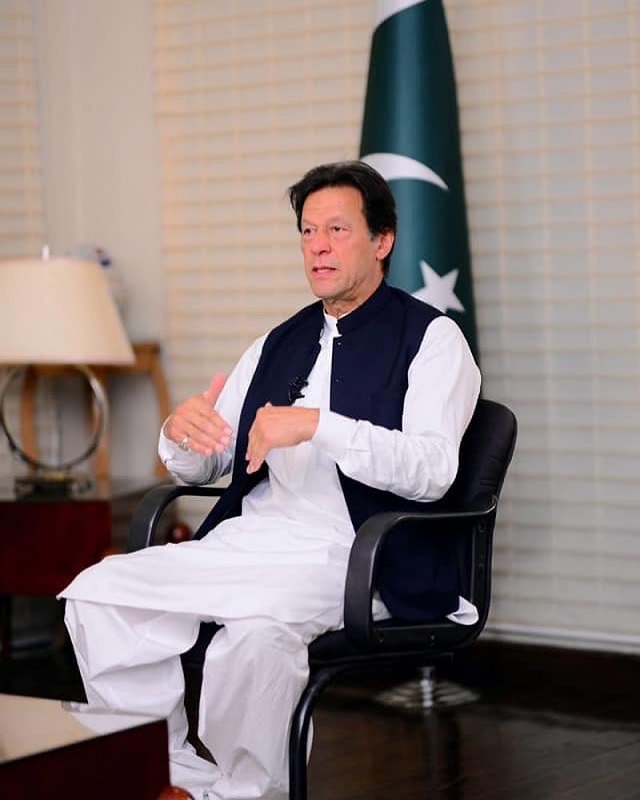 ISLAMABAD  : Prime Minister Imran Khan owns assets worth Rs108.236 million minus his Bani Gala residence, which he showed as a gift, according to the Election Commission of Pakistan (ECP).

The ECP on Tuesday released details of the financial statements of members of the National Assembly for the year 2018-19.

According to the documents, the construction on the land inherited by PM Imran at Zaman Park cost Rs405.3 million. The 300 canal home in Bani Gala was shown as a gift.

In the tax year 2015-16, an amount of Rs11.4 million was spent on additional construction of his residence.

The documents stated that the PM has six-kanal and 16-marla land in Bani Gala worth Rs5 million. PM Imran also has a house built on 10-marla in Sheikhupura which he inherited and also received 2,609-kanal land in Bhakkar and four different lands of eight acres in inheritance.

The documents stated that the PM invested in four foreign currency bank accounts. In the pound account, he has 2,067 pounds, in the dollar account $329,060, $1,470 in another account while he has no amount in his Euro account.

The documents also showed that the PM has given an advance of Rs11.9 million for a flat in Grand Hayat Tower.

The PM does not own a personal car but has Rs24 million in cash. He has Rs9.6 million in two national banks. He is also the owner of four goats worth Rs200,000.

Apart from this, the ECP also revealed the details of the PM’s wife Bushra Bibi. The first lady does not have any gold or silver. She owns a house on three-kanal in Bani Gala, 431-kanal land in Pakpattan and 266-kanal in Okara.

Further, the ECP documents stated that Opposition Leader in the National Assembly Shehbaz Sharif owned assets worth over Rs189.6 million. According to the documents, he has assets worth Rs147.8 million abroad. He has two properties in London and a bank account.

He has properties worth Rs14.7 million in Pakistan. He has investment of Rs273,000 in Hudabiya Paper Mill, Hudabiya Engineering and Hamza Mills. His wife Nusrat Shehbaz owns assets over Rs230 million while another wife Tehmina Durrani has assets worth Rs5.765 million.

According to the documents, former president Asif Zardari owns assets worth Rs660 million and possesses no property abroad. He has horses worth Rs10 million and weapons worth Rs16.6 million. He is the owner of six cars and also has a Dubai Iqama.

Senior PPP leader Khursheed Shah owns assets worth Rs60 million. While former prime minister Raja Pervaiz Ashraf has shown one car worth Rs2,800,000, Rs811,53,339 in bank accounts and cash-in-hand, one house of his wife in F-8 Islamabad and inherited agriculture land and a house.

Another PML-N MNA Mohsin Nawaz Ranjha has shown his and his wife’s three agriculture lands, prize bonds worth Rs180.9 million, Rs524,230 cash-in-hand and Rs29,622 in a bank account.