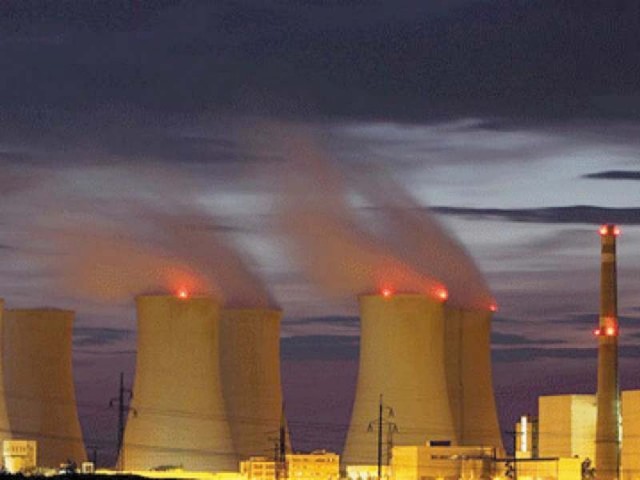 ISLAMABAD: Pakistan’s current account deficit has created many problems for the economy. Major imports are of the oil sector. There is a misplaced notion that nothing can be done for reducing these imports.

Biofuels based on local agro-waste are a viable option and competitive route. Bio-refining technology has come of age. Not only can biofuels replace imports or make equivalent exports, these can also generate employment, increase farm income and revitalise rural life.

Utilising agro-waste would not compete with food supply – a risk that has often been put forth. Also, electric vehicles can have a significant impact on the demand side. A strong case has been made in the following to create a market share of 30% for bio-refining to make an impact of $4-5 billion on improving the trade balance.

Pakistan has a population of more than 200 million and has a large agricultural base. There is a great demand for all sorts of energy including transport fuels. An estimated $12-18 billion of oil imports are there. Furnace oil imports have stopped but they have been replaced by LNG.

On the other hand, there is a large variety of raw material, agro-waste and municipal solid waste (MSW), which are available and can be commercially utilised to replace these imports, at least partly.

Pakistan is the 10th largest sugar producer and occasional exporter and importer. The sugar industry produces many products, which can be converted into fuel and energy. Already, ethanol is being produced, whose production can be increased by 50% by entering into cellulosic processing, without any need for further land or sugarcane.

In Pakistan, agro-waste – wheat, maize, cotton, rice husk, straw and stalk – alone is to the tune of 135 million tons per annum (MTPA). Assuming 50% collection and 20% conversion efficiency, 13 MTPA of biofuels can be produced.

As against this, the annual fuel demand for the transport sector is 13 MTPA as well. One can consume it or export it and import the equal amount of transport fuel – gasoline and diesel. MSW is an extra 48 MTPA, which can also generate an equal amount of biofuel. Advanced 2G biofuels can be produced out of it.

Although ethanol (anhydrous) is an energy product, it is not being used in the country, but is exported. In about 40 or more countries, 5-10% ethanol is added to gasoline to replace fossil content and also as oxygenate to enhance RON levels (anti-knocking property enhancer) from RON 82-87 to RON 92-95.

These products are called E5 and E10 as the numbers represent ethanol content. E5 is almost a standard fuel in most developed and progressive developing countries.

There are following advantages of 2G ethanol production in a sugar refinery – use of sugarcane and its byproducts; use of raw material already present in the production units offering a logistical advantage and cost savings; increase in ethanol production by 50% without additional land requirement for sugarcane cultivation; production of biofuel during off-season; and reduction in carbon emissions.

In 2014, Brazil’s major company Raizen – a joint venture of Shell Petroleum – installed a 2G ethanol plant with capacity of 42 million litres per year and capital expenditure of $62 million. Enzymes have been sourced from famous Danish company Novozymes.

Raizen plans to install seven more such plants by 2024, taking production to 1 billion litres per year.

The Competition Commission of Pakistan has recommended reduction in land availability for sugarcane cultivation as it consumes much water that we don’t have; there is competition for land for other more competitive and value-added crops like cotton; powerful sugar plant owners do not pay right prices to farmers and at the right time; agricultural productivity of land under sugarcane crop is low and sucrose content is also low; land owners and sugar plant owners are held responsible for not providing farmers services and advice; and there is price collusion and hoarding.

However, there is a positive side as well. There are foreign exchange savings to the tune of $2.5 billion, which otherwise would have increased the country’s import bill as is happening in the case of other food items such as cooking oil and tea. The sugar industry can improve its image by investing in high technology and efficiency, reducing cost of production and improving resource efficiency. 2G ethanol is one such route.

The requirement of capital expenditure, as per data provided earlier, is not so high. There is already ethanol production of 600,000 metric tonnes per annum out of 16 distilleries bringing in $400-500 million per annum. It would be saving more foreign exchange, if it is utilised locally.

It could be increased by 50% without any increase in land use. Increased energy availability in the off-season will be quite a welcome addition.

In Edmonton Alberta, a MSW to bio-ethanol facility was erected by Erkem in 2014. The facility processes 100,000 tons of MSW per year into 38 million litres of bio-ethanol. It is a two-stage process – first stage produces synthetic gas and in second stage synthetic gas is converted into bio-ethanol.

Alternatively, one could truncate the process partly or wholly and only produce synthetic gas, convert it into synthetic natural gas (SNG) and pump it into the gas grid.

In India, a pilot plant and later a larger demonstration plant (capacity of 10 tonnes per day of raw material) has been built that processes agricultural waste like rice or wheat straw, cotton stalk, bamboo and wooden chips. There are plans to upgrade it to a commercial-scale facility. One kg of agro-waste can produce one litre of bio-ethanol.

Pakistan is among top 10 sugar-producing countries of the world. There is a need for the sugar industry and the government to promote and facilitate investments in these areas. The government should develop cooperation with the Brazilian government so that private-sector cooperation is facilitated.

Similarly, self-financing projects could be promoted to process agro-waste and MSW, cleaning the urban and rural areas and producing bio-ethanol or biogas. Pakistan has a large pool of scientists in the bio-technology area and a number of research institutions, which can play a major role in this respect. They should be encouraged, facilitated and tasked to work in this area.