Qari Abdul Sattar threat­ened to kill the childr­en if they told anyone about what he did, says compla­inant
By Saleh Mughal
Published: June 30, 2019
Tweet Email 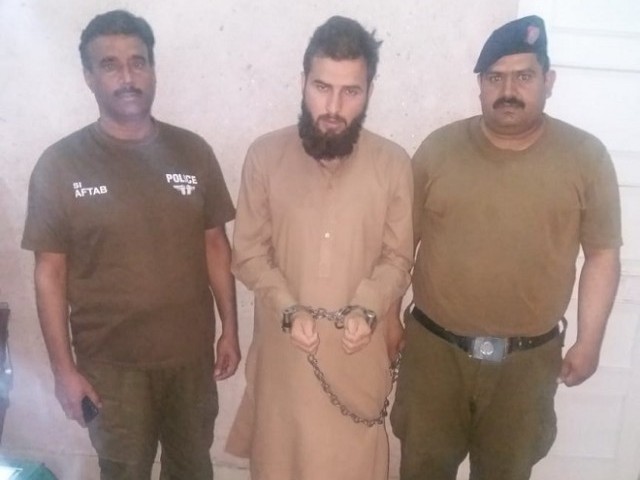 Police have registered a case against Abdul Sattar and the madrassa administration. PHOTO: EXPRESS

RAWALPINDI: A teacher has been arrested on Sunday for allegedly molesting and physically abusing minors at a seminary in Rawalpindi.

Muhammad Nabi, the complainant, told the police that his two nephews of ages ten and eight years respectively were studying and boarding at the madrassa, administered by Muharram Shah in the limits of Banni police station, where they were subjected to sexual abuse and torture by one of the teachers.

“After the end of Eid holidays, my nephews refused to go back to the madrassa. The 10-year old boy revealed that the teacher, Abdul Sattar, not only molested him and other students but also threatened to kill them if they told anyone about what he did,” he said.

The parents of the students raised the matter with the seminary administration, which assured them that the teacher would be terminated and asked them not to lodge any complaint as it would tarnish the image of the institute, he added.

The victims’ uncle went on to say that when his nephews went back to the madrassa to collect their belongings from dormitory, the said teacher locked the children in a room and thrashed them with stick.

“Following the incident, we lodged a complaint to the seminary administrator, Muharram Shah, who instead of taking action against the teacher responded on the complaint with indifference and threatened the children of severe consequences,” the complainant added.

Police have taken the teacher into custody after registering a case against the accused including the madrassa administrator.