Ismail­i, who is captai­n of the Young Boys team, has been on Switze­rland's nation­al team since 2014
By AFP
Published: June 30, 2019
Tweet Email 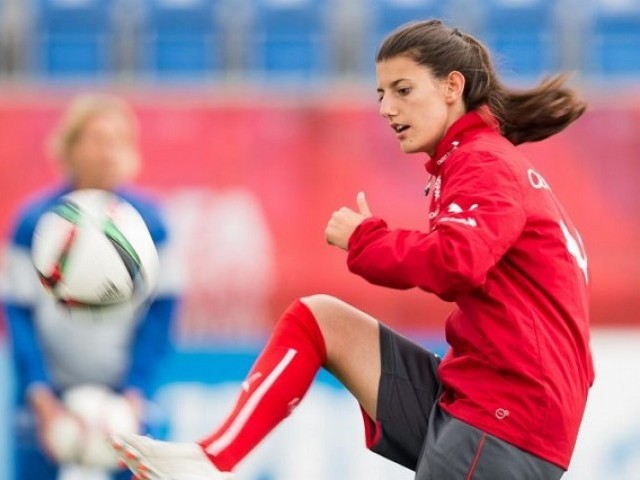 GENEVA: A player on Switzerland’s national women’s football team, Florijana Ismaili, has been declared missing after a swimming accident on Lake Como in northern Italy, her professional club announced Sunday.

The BSC Young Boys club said in a statement that they had “been informed that our player Florijana Ismaili has been missing since Saturday afternoon on Lake Como after a swimming accident”.

“Searches by the police continue,” the statement said, adding that “we are very concerned and have not given up the hope that everything will turn out well”.

The club said it was “in close contact with family members”.

Ismaili, who is captain of the Young Boys team, has been on Switzerland’s national team since 2014.

According to the Italian daily Corriere della Sera, Ismaili had decided to spend a relaxing day at the lake with a teammate, and they had rented an inflatable boat near Musso.

“She jumped in to the water, but never surfaced again,” the paper said.

The alarm was reportedly sounded at 4:30 pm (1430 GMT), and divers began searching the area, with no results.

The search was suspended overnight, but reportedly resumed Sunday morning.

Bangladesh doctor says he was transferred after criticising Mortaza