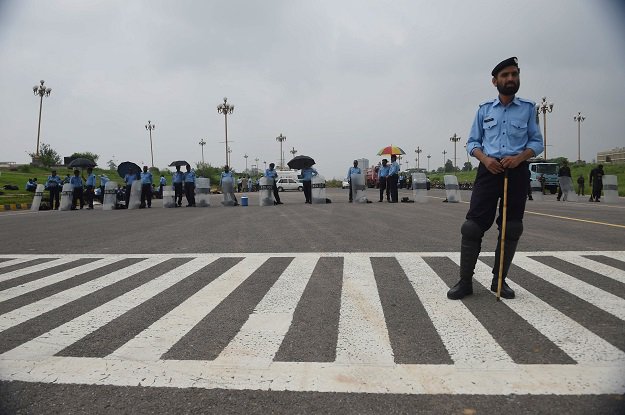 ISLAMABAD / RAWALPINDI: The police allegedly breached its code of conduct once again as it broke into the house of a Pakistani expatriate and harassed his family.

Expatriate Rana Kashif, who works in the UK, has lodged a complaint on Prime Minister’s Citizens Portal for Overseas Pakistanis and demanded strict action against police. He also requested protection for his family living in Pakistan.

Kashif said that he is the bread-winner for his family and had been working outside the country for around 20 years. Kashif said he comes home on vacation. His wife, 13-year old son, eight-year old daughter and his aged parents live in Banni, Rawalpindi. He added that his wife was six-month pregnant while his parents were patients of diabetes.

He further added that a murder recently happened in Banni after which the police broke into his house late at night without any warrants and harassed his family. The police compelled his pregnant wife to go along with them to the police station despite her repeated pleas. However, his wife was released in the morning when the police found no proof linking her with the incident.

Kashif appealed to the prime minister to take action against the police and provide protection to his family back in the country. He added that his family was in depression and trauma after the incident.

When contacted by The Express Tribune in this regard, the Banni Police SHO completely denied that any such incident took place.

A minor who was kidnapped while she was left alone in a car was found by the police.

According to the Abpara Police, Muharram Khan went to a shop in Sitara Market to purchase grocery and left his three-year old daughter in his car. When he returned, he found the car seats empty and immediately complained on the police helpline 15.

Acting upon complaint, Sub-Inspector Talib Hussain, started his search, and sent an alert following which the area was cordoned off. During the search SI Hussain sighted that the suspect, identified as Javed Maseeh, was running off with a child. The police officer held the suspect and recovered the child from him. The suspect was booked for kidnapping.

The Inspector General (IG) of police and DIG Operations have announced a reward for the police officer with appreciation certificates and cash prizes.

Furthermore, a mobile shop was robbed in the same market. According to the details, three of six armed robbers broke into the mobile shop while the remaining three stayed outside for surveillance. The robbers fled with a huge amount of cash and mobile phones.

A citizen was shot and left critically injured by a drug dealer when he confronted and rebuked the suspect for conducting an illegal business in the neighbourhood.

The victim, Chun Vez, who is under treatment in a critical condition, told the Secretariat Police that he confronted the suspect, Muhammad Younus, for selling drugs in the area advising him to stay away from activity as he was not only endangering himself through drug abuse but also endangering the lives of future generations.

Enraged by this, the suspect took out his pistol and started chasing the victim and eventually fired at him when he got tired of running after him. One of the bullets hit the victim in his abdomen owing to which he fell down.

Meanwhile, the suspect called three of his accomplices who struck the victim with batons and attacked him with their daggers. Believing that the victim had died, the suspects left the victim on the spot. However, local residents found the victim heavily injured and shifted him to the hospital in critical condition.

Furthermore, the police have not arrested any of the suspects who spread fear and held people in the area hostage for a long time, even though the victim informed the police about their identities.

The Express Tribune tried to contact the Zonal SP in this regard, but he could not be reached.