I was just walkin­g on the road when I saw the little girl at the window, says 17-year old rescue­r
By AFP
Published: June 27, 2019
Tweet Email 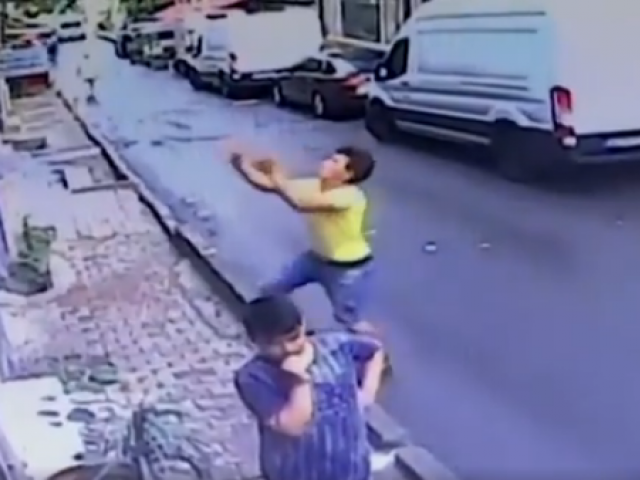 ISTANBUL: A viral video has turned a young man into the hero of the hour in Istanbul after he was seen catching a toddler as she plummeted from a second-floor window.

Fawzi Zabaat, a 17-year-old Algerian, was walking in the working-class district of Fatih when he saw the two-year-old Syrian girl playing near the open window of her apartment last week.

On the video, released this week, he is seen trying to alert those around him, before stepping in to catch her as she hurtles towards the pavement.

The teenager has remained modest, when interviewed on Wednesday by the Dogan news agency, which published the images.

“I was just walking on the road when I saw the little girl at the window. She fell, and thanks to God, I caught her before she hit the ground,” he said.