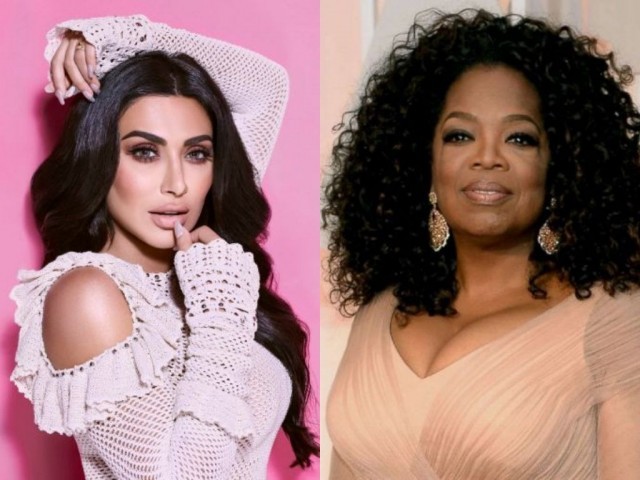 It’s almost redundant to point out that much of what we see on our Instagram feeds is sponsored content.  Successful influencers and entrepreneurs with millions of followers, such as Kim Kardashian, make extra cash by uploading a photo with certain brands with the hashtag #ad.

But not everyone is into this game. For beauty blogger and businesswoman Huda Kattan, of mega beauty site and company Huda Beauty, working with a brand on a sponsored post isn’t so black and white, reported Instyle.

In an interview with Entrepreneur, Huda explained how followers can quickly sniff out if something is fake. “I don’t like to force content. If it doesn’t feel right, there’s no way in hell I’m going to do it. If it’s fake, you’re going to know it in my face,” she said.

She continued to explain her feelings towards sponsored content, saying, “If I don’t really have a certain beauty concern, I’m going to be lying and it just won’t work.”

The Huda Beauty owner’s story is one thousands of aspiring beauty bloggers can only dream of. After leaving her career in finance, Huda made a living out of her Instagram account — it boasts 24.8 million followers — plus Huda Beauty.

Since then, Huda’s had a stream of successful makeup launches that is seen everywhere in the beauty world. She launched a makeup product designed to double as an Instagram filter: #FauxFilter Foundation, among others.

Wearing #hudabeautypowerbullet in Anniversary @huda I can't wait for you guys to try these GORG new shades! These are my classic goto never fail shades, staples in my lipstick collection.

Huda regularly shares photos, videos, and blog posts that she says come from an authentic place on her Instagram. Her own beauty qualms are where her ideas stem from.

Interestingly, though, the beauty mogul asserts it’s not the bling that she’s in it for. In fact, Huda said her focus is on delivering real content, stating, “I’m not looking to directly monetise our Instagram. Directly being able to do shoppable links — when that happens, sure, why not? But now, I don’t want it to feel like it’s not real.”

But what has got many talking is Huda’s assertion that it was famous American talk show host Oprah she turned down a major sponsorship opportunity for.

#HudaBeautyRestingBossFace is now AVAILABLE at @sephora Super excited for you guys to try it!!! Extra HOLD & Lasts OVER 12 hours! Here’s to looking flawless all day long!

“Once, I got offered $185,000 to do one post, and I was so close to doing it — I genuinely loved the product. We were just about to post it, and my team was like, ‘This is the caption,’ with ‘#ad.’ I just couldn’t do it,” she said, explaining that while the money would have helped her and her husband, she wasn’t comfortable with it.

She continued, “I thought about Oprah. I was like, would Oprah do that? No, she wouldn’t. Luckily, my husband was able to support our family financially, so we didn’t have to.”