Girls snatch­ed all the top three positi­ons in the Scienc­e and Humani­ties groups­
By Zubair Ayub
Published: June 27, 2019
Tweet Email 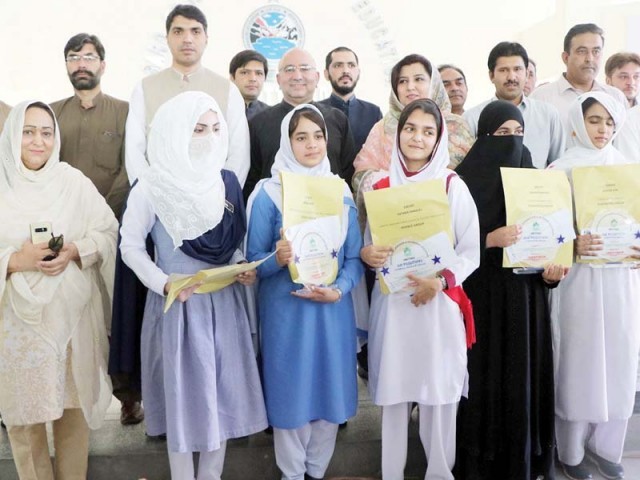 ABBOTTABAD: Girls snatched all the top three positions in the Science and Humanities groups of the annual Abbottabad Board of Intermediate and Secondary Education (ABISE) Secondary School Examinations.

In the Humanities group, Shazia Bibi of the Hattar Government Girls High School stood first with 886 marks, Saima Banaras of GGHS Rajoya Havelian was second with 885 marks and Maria Aman of Pak Muslim Academy in Abbottabad was third with 881 marks. As many as 63,884 students appeared for the exams with a total pass percentage at 71.42 per cent or around 45,625 students.