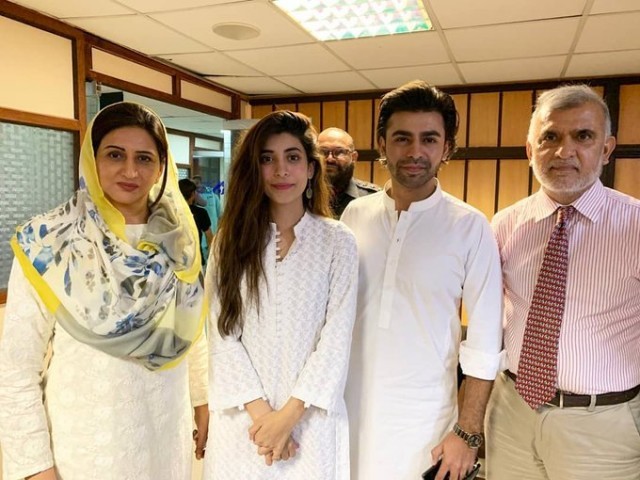 KARACHI: The Federal Board of Revenue (FBR) has also advised showbiz personalities to declare their assets, saying that otherwise the models, film and TV artistes who hide their wealth will also face disciplinary action.

The FBR on Tuesday held an amnesty scheme awareness session at Karachi’s regional tax office to brief showbiz personalities about advantages of the amnesty scheme, its procedure, the rate of tax and fines.

Qureshi said the FBR has collected data of Pakistani properties and bank accounts in the country and abroad and the showbiz personalities who hide their assists will also have to face disciplinary action.

Qureshi said by the end of this year, the country will sign agreements with 71 countries and by the next year this number will increase to 100. After these agreements, those hiding assets abroad will have to face fines and punishment in Pakistan and abroad, he said.

He claimed that the public is demanding an extension in duration of the amnesty scheme but owing to the International Monetary Fund’s (IMF) condition no new amnesty scheme can be provided.

Qureshi assured the showbiz personalities that details of assets declared in the amnesty scheme will remain safe and that even he could not access the details. He said even the Federal Investigation Agency (FIA) could not question the declared assets.

Showbiz personalities who participated in the session said artistes like the public have been paying taxes on their income and expenditures and those who hide their assets cannot be friends of Pakistan.

The artistes complained that some lawyers claim to provide tax consultation but collude with the FBR officials to blackmail taxpayers. Commissioner Shazia Memon, Jaffar Raza Kazmi and Samar Raza briefed the showbiz personalities on the amnesty.

On this occasion, actress Nadia said artists are paid after tax deductions but there is a great difficulty in obtaining tax challan. The artistes do not work in one city but with many institutes all over the country and that is why obtaining tax challan from every institution takes a lot of time.

She said there was a need to make this process easy. Showbiz personalities also complained that the FBR sends tax notices only to junior artistes and no one was ready to hold influential people accountable.