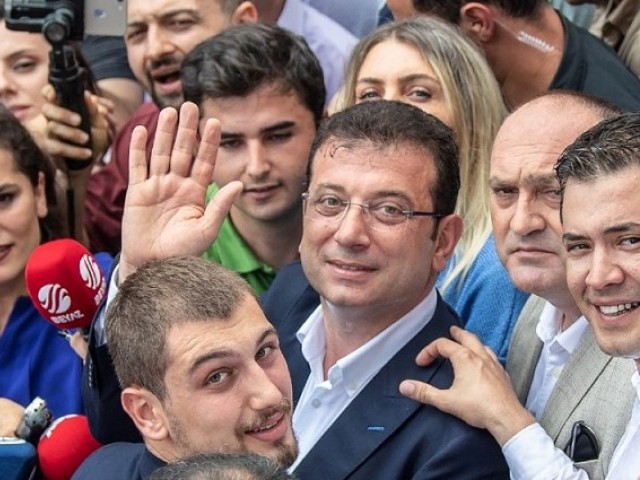 Ekrem Imamoglu had won the first mayoral vote in March by a slim margin of 13,000 votes over Erdogan’s chosen candidate, Binali Yildirim, who contested the results and a new election was ordered.

After being stripped of that victory over disputed claims of fraud, Imamoglu vowed a “battle for democracy” that turned him into a household name.

With some 99 per cent of ballots counted by Sunday night, Imamoglu was winning by more than 775,000 votes — 54 per cent, with Yildirim on 45 per cent, the Anadolu state news agency reported.

“It was not a single group or party, but the whole of Istanbul and Turkey that won this election,” Imamoglu said in his victory speech as scenes of his ecstatic supporters broke out across the city of 15 million.

“Mr President, I am ready to work in harmony with you. I convey from here my request to meet with you in the shortest time possible,” he added.