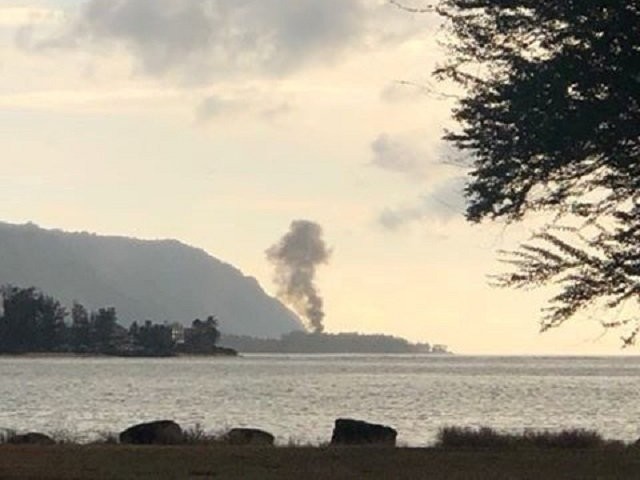 A plume of smoke rises after an airplane crash, seen from Kaiaka Bay Beach Park, in Haleiwa, Hawaii, US. PHOTO: REUTERS

WASHINGTON: A light aircraft crashed in northern Hawaii, killing all 11 people aboard, authorities said on Saturday.

The twin engine King Air plane went down on Friday evening near an airfield on Oahu island’s North Shore, according to Hawaii’s Department of Transportation (HDOT).

“Authorities have confirmed there were 11 people on board the plane that went down soon after takeoff from Dillingham Airfield with no survivors,” the department said on Twitter, after initially reporting nine deaths.

TV footage showed flames billowing into the air from the wreckage.
According to its website, the single-runway Dillingham Airport primarily serves commercial glider and sky diving operations.

Honolulu Mayor Kirk Caldwell said in a tweet he was “closely following” developments, and that “our thoughts and prayers are with the family and friends of the victims.”