Sheikh Rashid says charge­s are being revise­d as dept faces an additi­onal burden of Rs3b
By Our Correspondent
Published: June 23, 2019
Tweet Email 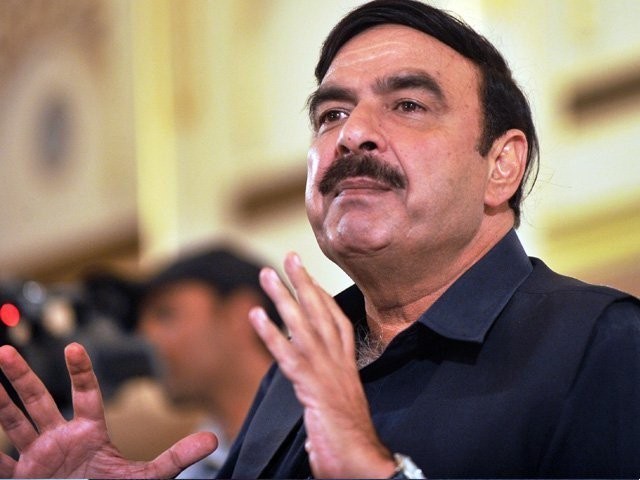 LAHORE: Railways Minister Sheikh Rashid has said in the wake of recent hike in oil prices, fares of economy class will be increased by up to Rs100 from July 1, while an increase of 6-7 per cent will be witnessed in other classes.

Addressing a news conference on Saturday at the Pakistan Railways Headquarters, Rashid said charges are being revised as the department has been facing an additional burden of Rs3billion owing to an increase in oil prices in the international market.

“No fare will be increased on a travel of less than 50 kilometers,” he added.

Rashid said the PC-1 of Main Line-1 (ML-1) has been submitted, whereas Chinese have been asked to build new apartments for railway employees working on project and that around 70,000 workers will be facilitated in this manner.

The minister said all-out efforts have been made for the welfare of the railways staff ensuring optimum improvement in the department.

He said Prime Minister Imran Khan will soon inaugurate Sir Syed Express at Rawalpindi Railway Station and as per the directions of the premier, Sargodha Express will be extended to Mianwali via Lahore within one month. Meanwhile, three new freight trains will also start to increase the revenue.

Rashid said around 8,000 vacancies in the railways will be filled through ballot and a committee has been constituted to regularize temporary labour appointment (TLA).

In order to keep the passengers from being cheated, the minister said that a rate list will be displayed in all trains so that no one can overcharge travellers.

To a question about a recent train accident, he said an initial report has been completed and Railways Chairman Sikandar Sultan will form an inquiry committee that will submit its findings within 15 days.

The minister said all young assistant drivers have been directed to report to Walton Academy for training and no senior railways officer will remain at any position for more than three years.

Speaking about budget 2019-20, he stressed that people should get relief in prices of basic commodities including oil, sugar, electricity and gas. To a question, Rashid said the government is making efforts for provision of special facilities including that of accommodation for the Sikh pilgrims in Nankana Sahib.

Answering a query, he said court have already rejected the bail pleas of Asif Ali Zardari and Nawaz Sharif, whereas Maryam Nawaz and Bilawal Bhutto Zardari want to gain media attention through “Save the father campaign”.