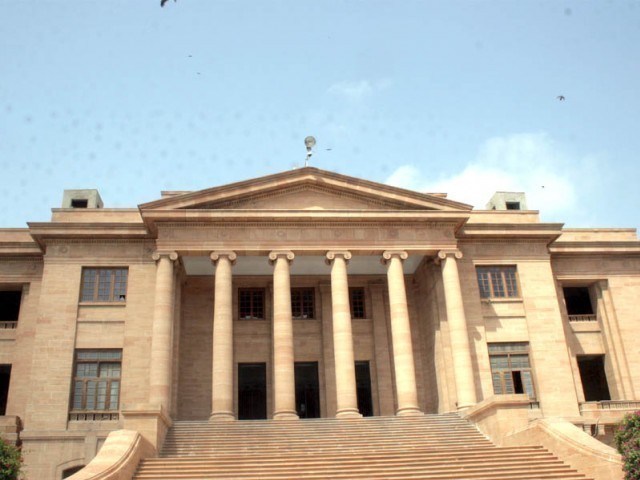 KARACHI: The Sindh High Court (SHC) restricted the National Accountability Bureau (NAB) on Friday from taking action against MPA Ali Ghulam Nizamani and sought complete details of the inquiry against him by the first week of September.

The federal watchdog has been investigating high profile corrupt elements in the country. Nizamani reached out to the court to avoid arrest.

Nizamani’s counsel said that NAB has issued a list, pertaining to action against corrupt elements in the country. Nizamani is on that list and fears the NAB might arrest him. He asked the court to restrict NAB from arresting his client.

NAB prosecutor Riaz Alam maintained that the details pertaining to expected action against corrupt elements haven’t been provided by NAB. He said that since Nizamani hails from Sanghar, it was possible that the inquiry had been assigned to NAB officials in some other region.

The court restricted NAB from taking any action against the MPA and sought details of the inquiry against him by the first week of September.

The court sought NAB’s reply by the next hearing of the case on July 10.

A few days ago, the SHC had rejected the interim bail plea of the accused. According to NAB, 16 plots in KPT Officers Cooperative Housing Society were allotted at very low rates. Michael allegedly collected Rs110 million in bribes for the allotment of the three commercial plots.

The same bench also issued notice for July 5 to the NAB prosecutor in the corruption reference in Benazir Housing Scheme for flood-affected people in six districts of Sindh. Justice Agha and Justice Sial were hearing the plea filed against the sentence awarded to Manzar Abbas, former chairperson of Benazir Housing Scheme, in the corruption reference.

An accountability court had earlier sentenced Abbas to seven-years imprisonment and had imposed a fine on him.

The counsel for Abbas has argued that his client has spent four years in prison and should now be released.

According to NAB, the Sindh government had announced a residential scheme for flood affected persons in six districts of the province in 2010. Abbas and others have not constructed a single house in any of the districts under the scheme and have instead pocketed the money reserved for the scheme.